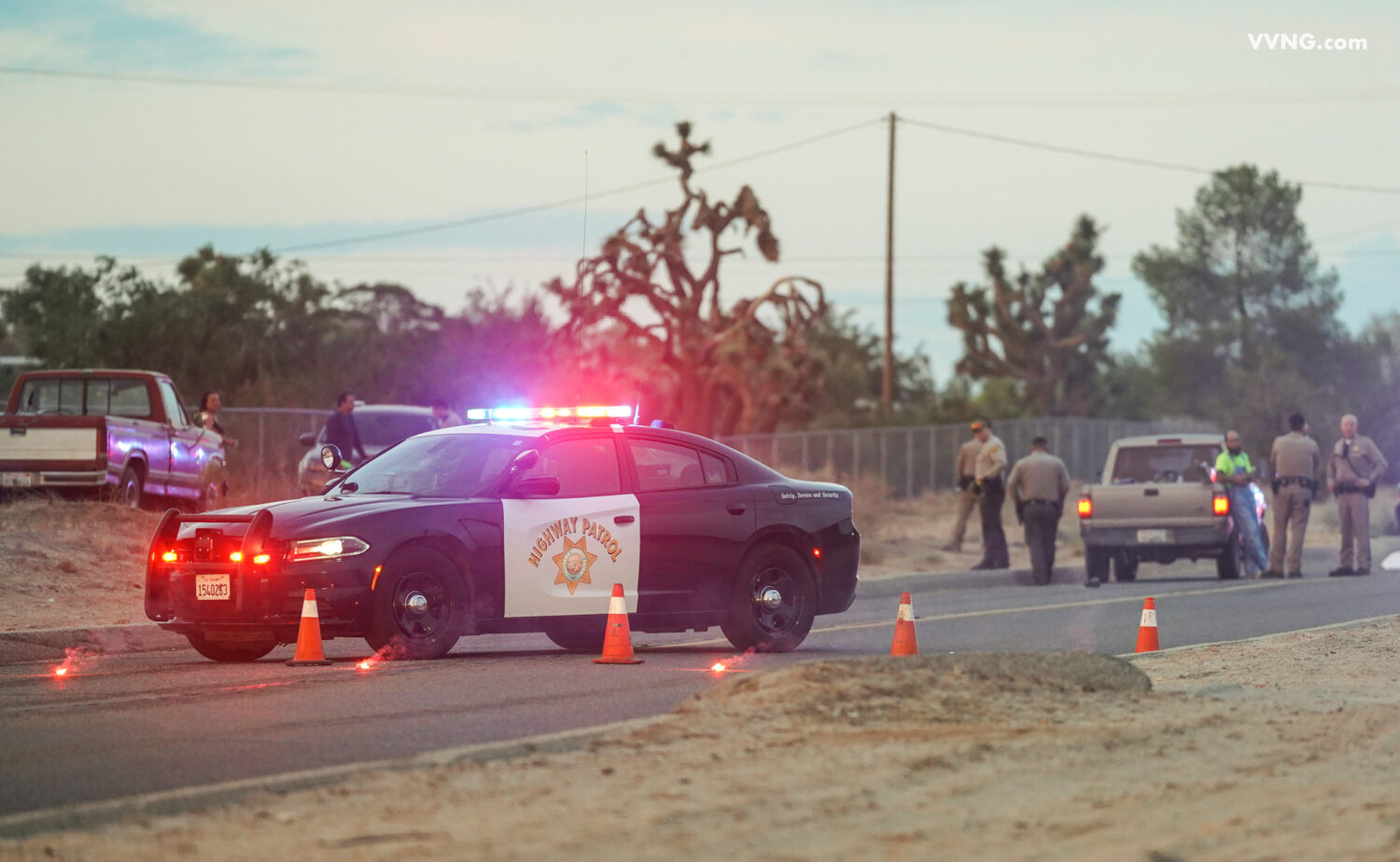 PHELAN, Calif. (VVNG.com) — Officers from the California Highway Patrol responded to conduct an investigation after a pedestrian was struck and killed early Monday morning and the community of Phelan.

It happened just before 5:00 am, on August 1, 2022, along Wilson Ranch Road between Smoketree and Walnut Roads.

Emergency personnel responded to the incident and located the pedestrian down in the roadway and confirm CPR was in progress. Despite life-saving measures, they were pronounced deceased at the scene.

The small Ford truck involved in the accident sustained damage to the windshield and hood. The male driver was not injured and cooperated with officers during the investigation.

The San Bernardino County Coroners’ Office arrived and took possession of the body. The identity will be released pending notification to the next of kin.

Wilson Ranch Road was shut down in both directions for a couple of hours. The cause of the accident is under investigation by the California Highway Patrol. Additional information will be updated as it becomes available.