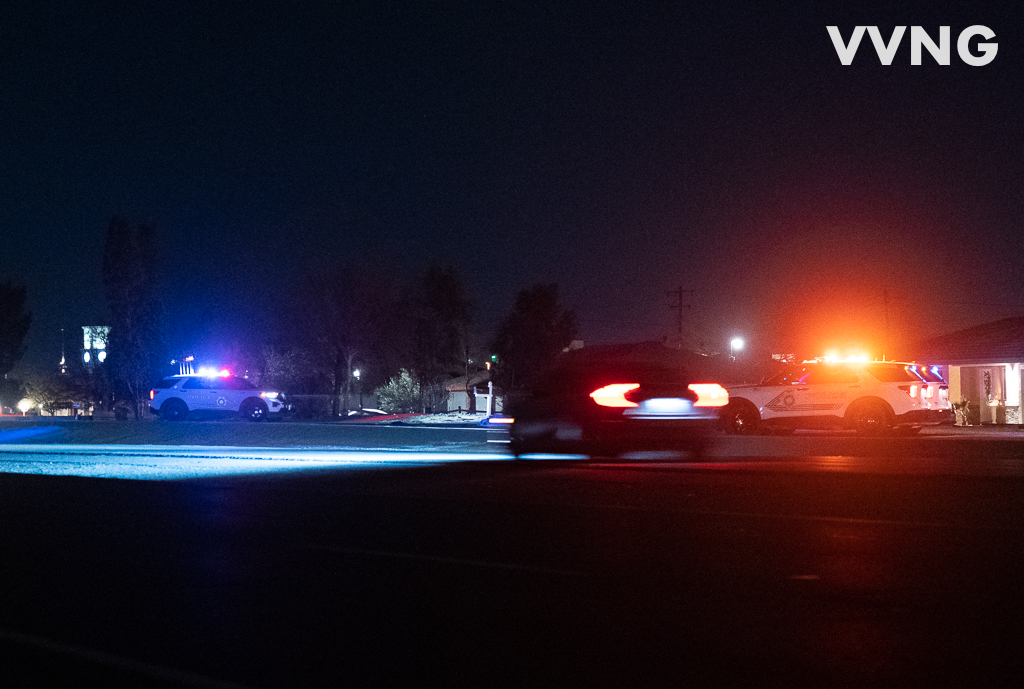 APPLE VALLEY, Calif. (VVNG.com) — Authorities conducted an investigation after a pedestrian was struck and killed Saturday evening in Apple Valley.

Emergency personnel arrived on scene and pronounced the pedestrian deceased. Deputies used their patrol units to block both sides of the roadway and the body was covered with a sheet.

By 7:30 pm, the coroner had already arrived at the scene to take possession of the body. The identity will be released once of kin has been notified.

Sheriff’s spokeswoman Gloria Huerta confirmed this was not a hit-and-run.  “The driver of the vehicle immediately called 911,” stated Huerta.

Be sure to check back later for updates.

Permits filed to construct 2 warehouses in Hesperia with over 1.8 million square feet combined, south of Target