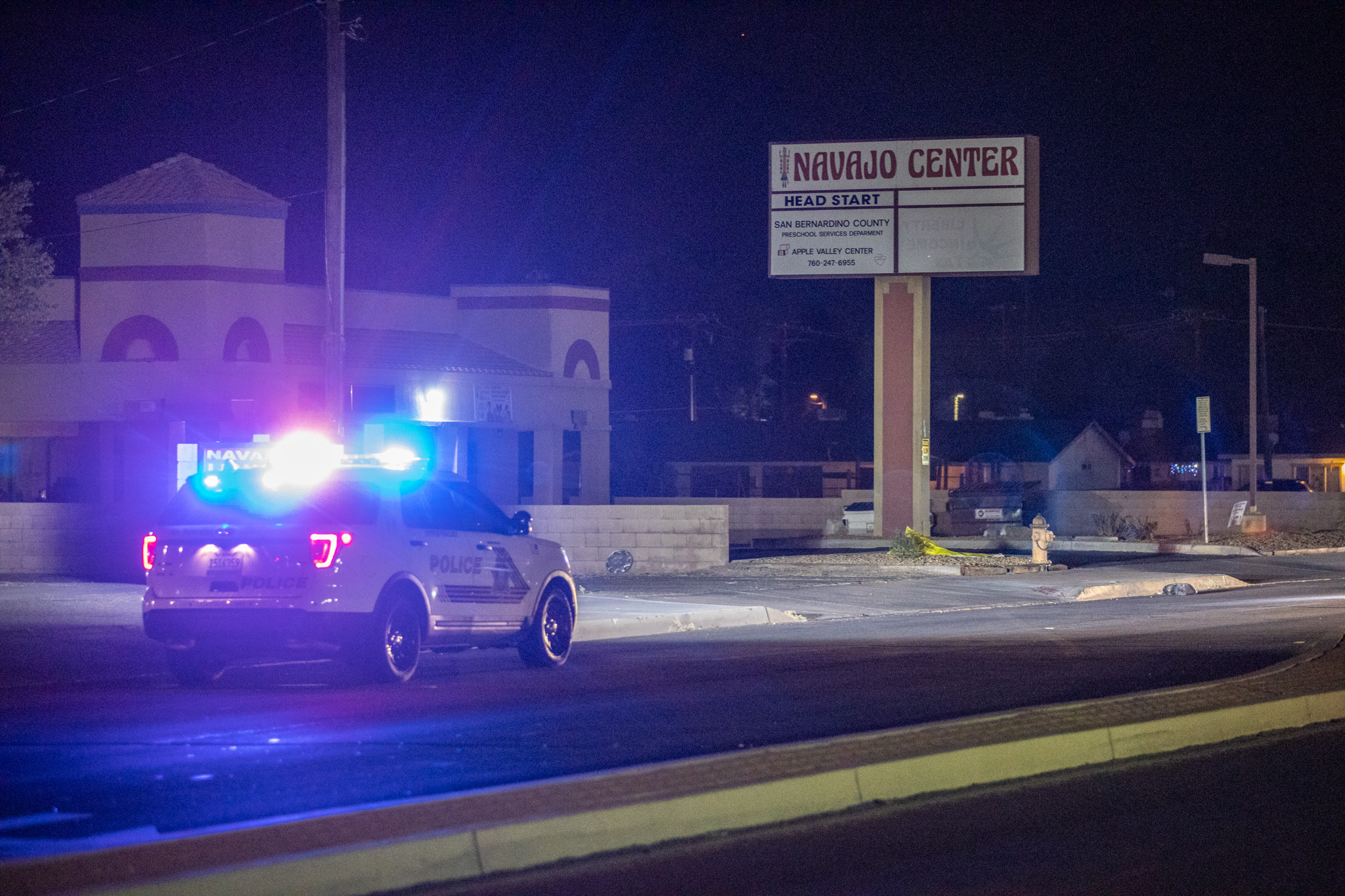 On Saturday, November 9th, at approximately 11:47 pm, deputies from the Apple Valley Sheriff’s station were dispatched to a vehicle versus pedestrian traffic accident on Navajo Road just north of Powhatan Road.

According to Deputy S. Cullum, the driver of the minivan who struck the pedestrian remained on scene and cooperated with officials.

“The driver called 911 and then attempted to perform CPR until firefighters arrived, per the instructions from the dispatch operator,” Deputy Cullum said.

Despite life-saving measures, the pedestrian was declared deceased at the scene.

The pedestrian was described as a Hispanic male adult wearing dark clothing. A bag of cans and bottles were scattered near the man.

Deputy Cullum investigated the crash and said the driver of the minivan was driving North on Navajo Road near Powhatan and struck the pedestrian that was crossing from East on Navajo.

No citation was made, and alcohol/ and or drugs were not suspected to be a factor in this collision.

The identity of the man has not been released at this time, but officials confirmed he is a known transient in the area.