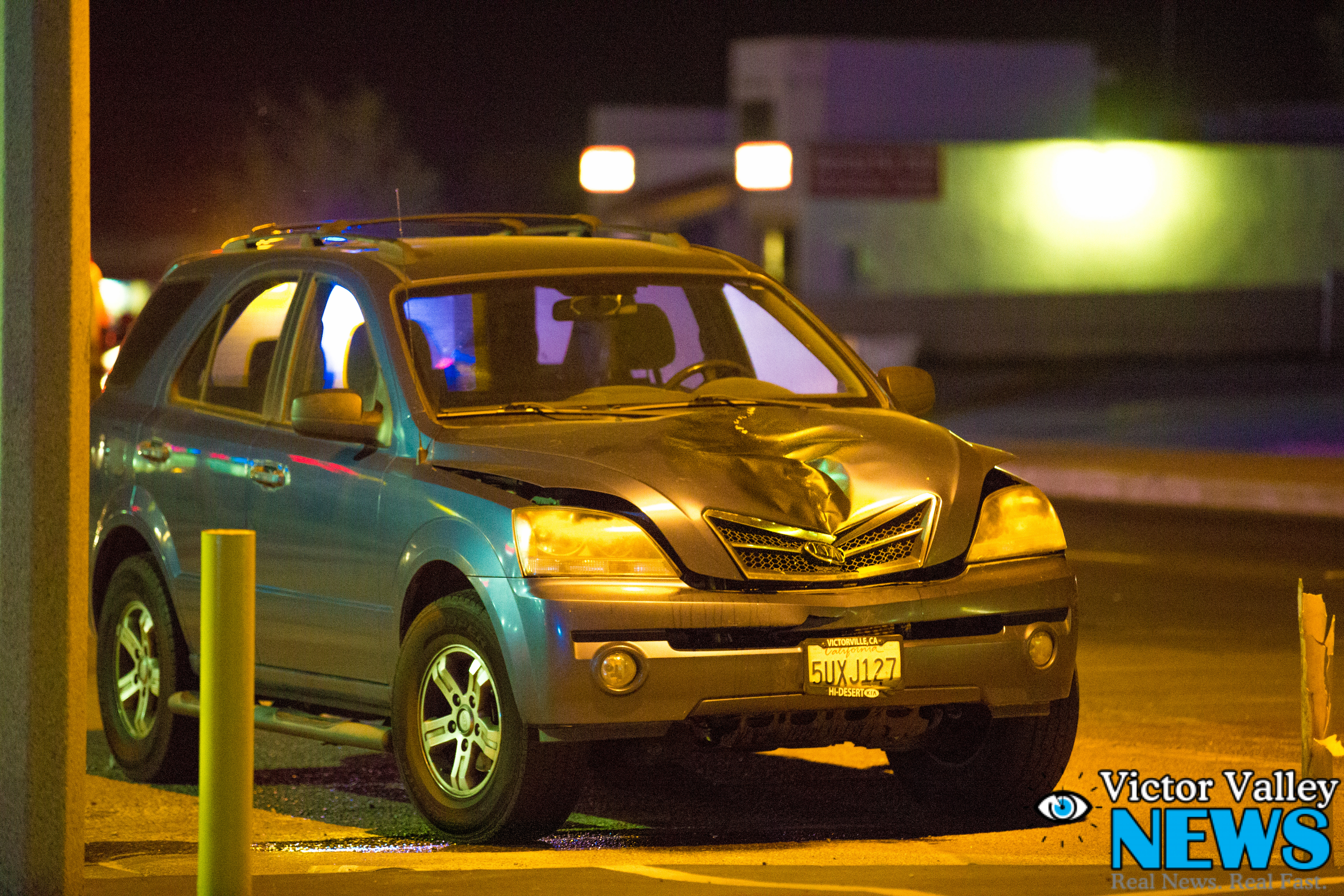 HESPERIA:(VVNG.com)- A portion of Main Street between Maple Avenue and Topaz Avenue remains shut down following a fatal traffic collision involving a pedestrian.

A blue Kia Sorento SUV with major front end damage to the hood remained at the scene.  It’s believed the SUV was traveling in the westbound lanes of traffic when the driver struck the pedestrian who was walking across lanes of traffic.

The driver of the SUV, reported to be a woman, immediately stopped and remained at the scene. She was visibly distraught and crying uncontrollably.

The body of the pedestrian, believed to be a female, lay covered with a white sheet in the middle of the roadway. The San Bernardino Coroners Department has been requested to respond.

A hard road closure is in place for east and westbound traffic on Main Street between Maple Avenue and Topaz Avenue. While the Major Accident Investigation team conducts an investigation.

This is the second pedestrian hit in the city of Hesperia in less than 24 hours. Click on the link to read a related article: Pedestrian on Wheelchair Struck by Hit-and-Run Driver

More information will be updated as it become available.