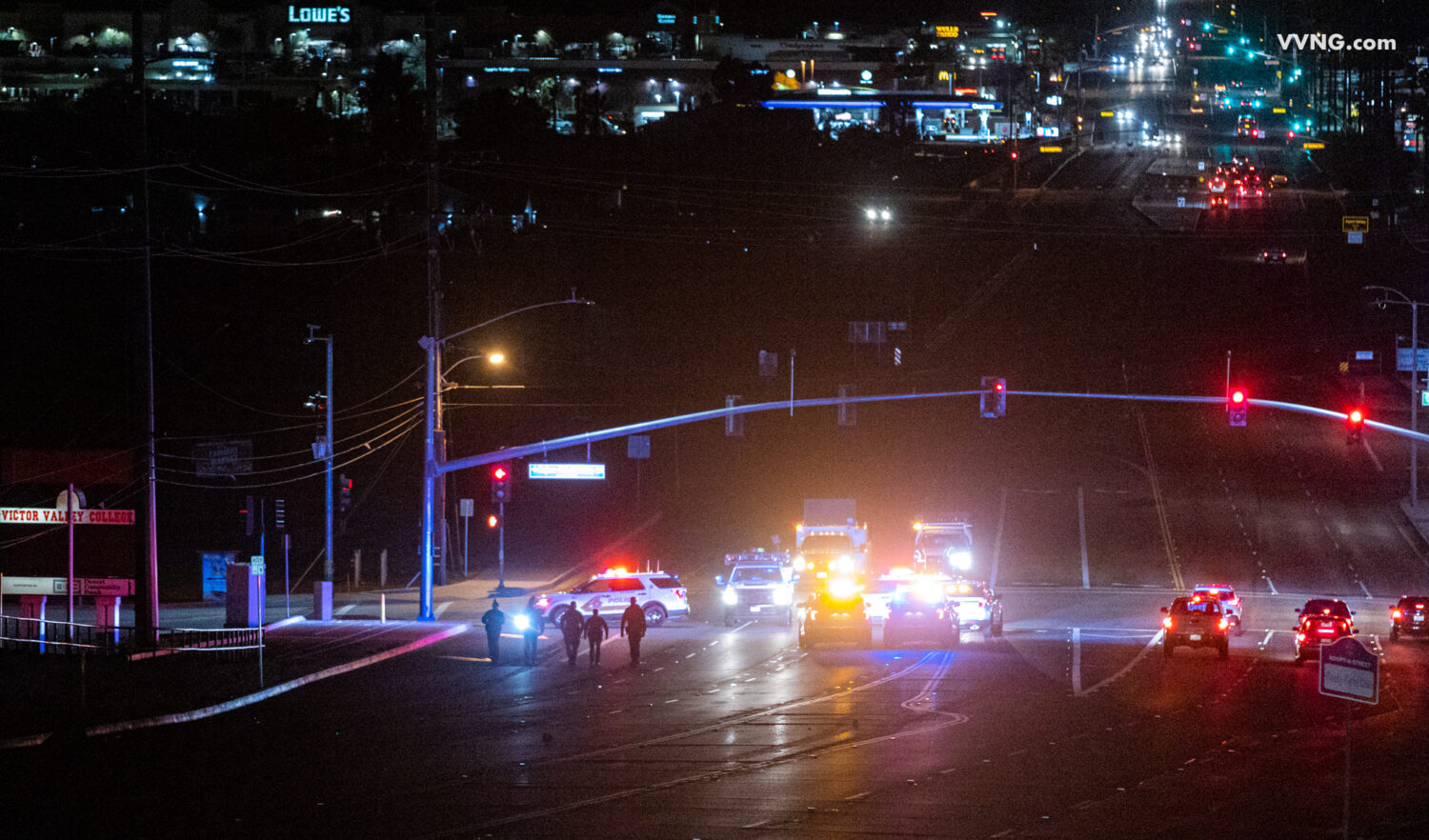 UPDATE – Sheriff’s officials confirmed the pedestrian was a 28-year-old female from Barstow. Her identity was not available for release.

VICTORVILLE, Calif. (VVNG.com) — Westbound lanes of Bear Valley Road were closed Tuesday morning after a pedestrian was struck and killed.

It happened at about 4:30 am, on March 29, 2022, near the intersection of Bear Valley Road and Fish Hatchery Road.

Emergency personnel arrived and pronounced the pedestrian deceased at the scene. Officials said the pedestrian was struck in the westbound lanes of Bear Valley Road, just west of Mojave Fish Hatchery Road.

The driver of the vehicle stopped and was allowed to leave after cooperating with deputies.

Westbound lanes on Bear Valley Road were closed at Reata Road for the duration of the investigation and were reopened by 9:30 am.

The investigation is still ongoing and the victim’s name is being withheld pending next of kin notification. Anyone with information regarding this collision or anyone who may have been a witness is asked to contact Deputy C. Bennington or B. Jarzombek at the Victorville Police Station.