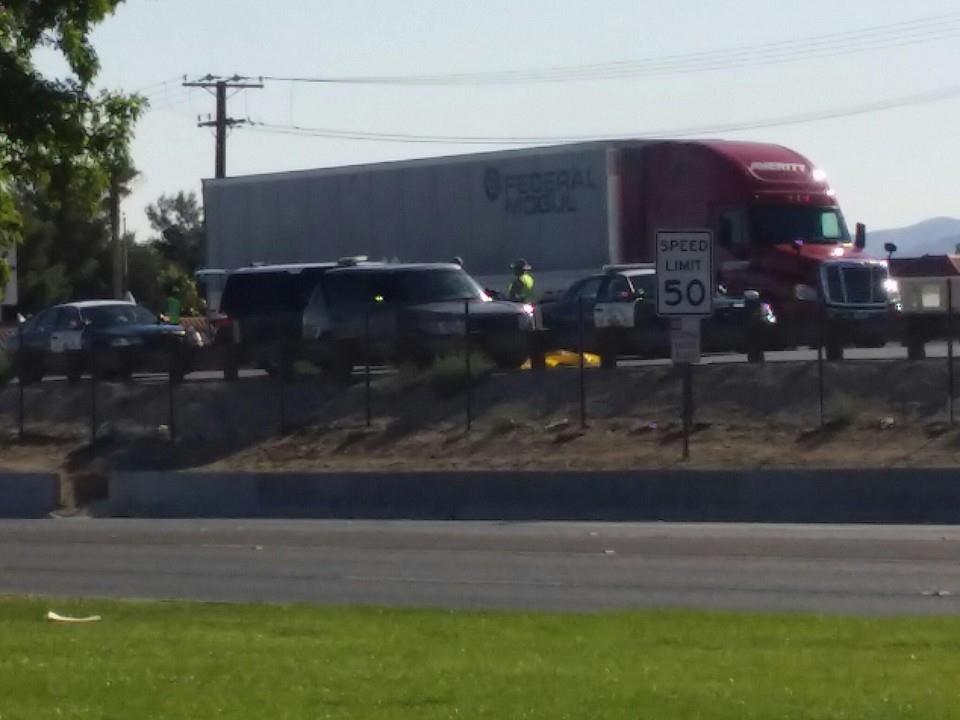 VICTORVILLE: (VVNG.com)- Multiple lanes of the southbound 15 freeway are closed down after a pedestrian was possibly struck and killed on the freeway.

At approximately 7:56 a.m., on Tuesday Sheriff’s dispatch received a call reporting a decapitated male along the right shoulder of the southbound 15 freeway between Nisqualli and Palmdale roads. A yellow tarp covered the body located directly in front of a green colored Range Rover possibly belonging to the victim.

Per CHP incident logs, a witness reported he saw a semi that was possibly involved in a hit and run. San Bernardino Sheriff’s issued a BOLO (Be On The Look Out) for the semi truck described as having a white trailer and the lettering “XTRA”. The semi briefly stopped before continuing on the Niqualli Road off ramp, per the witness.

Victor Valley News Group Member, Denise Cheung, posted “I drove past that car sitting on the 15 south shoulder around 7:30. I thought he just had car problems.”

Although the exact cause of the fatal accident is currently unknown its suspected the pedestrian stepped in front of the moving tractor-trailer after pulling over to the side of the freeway. More details will be updated as they become available.