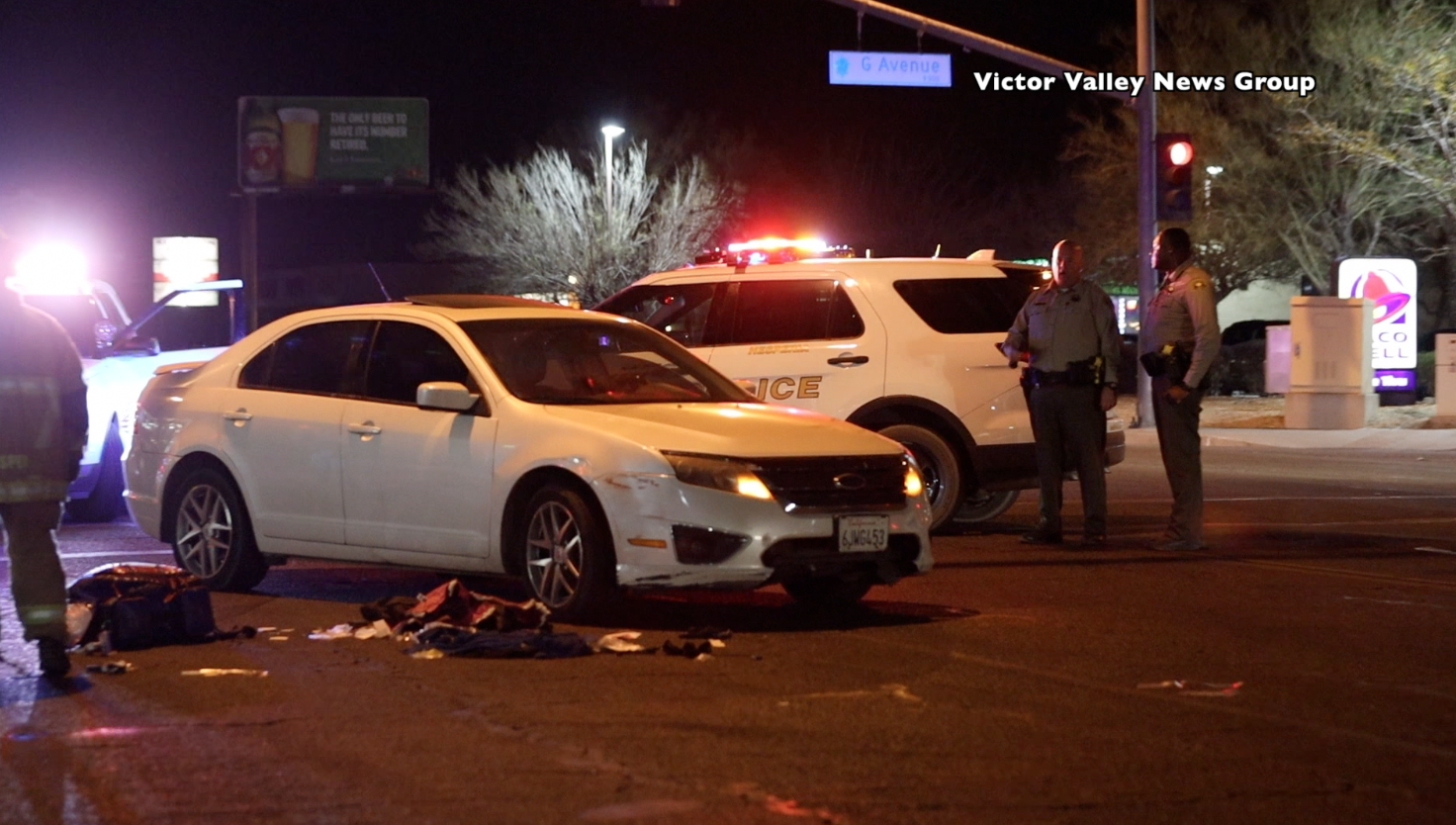 HESPERIA, Calif. (VVNG.com) — A pedestrian was pinned under a vehicle Saturday night after he was struck by a car in Hesperia.

The incident happened at about 5:19 p.m. on Main Street and G Avenue.

San Bernardino County Firefighters quickly arrived on scene and extricated the male pedestrian who was trapped underneath the white 2010 Ford Fusion.

The California Highway Patrol helicopter landed in a nearby field to airlift the man to an out-of-area trauma center.

No other injuries were reported and the male driver of the involved vehicle remained on scene and cooperated with police.

The man’s identity and the extent of injuries were not immediately known. The San Bernardino County Sheriff’s Department Hesperia station is investigating the crash.