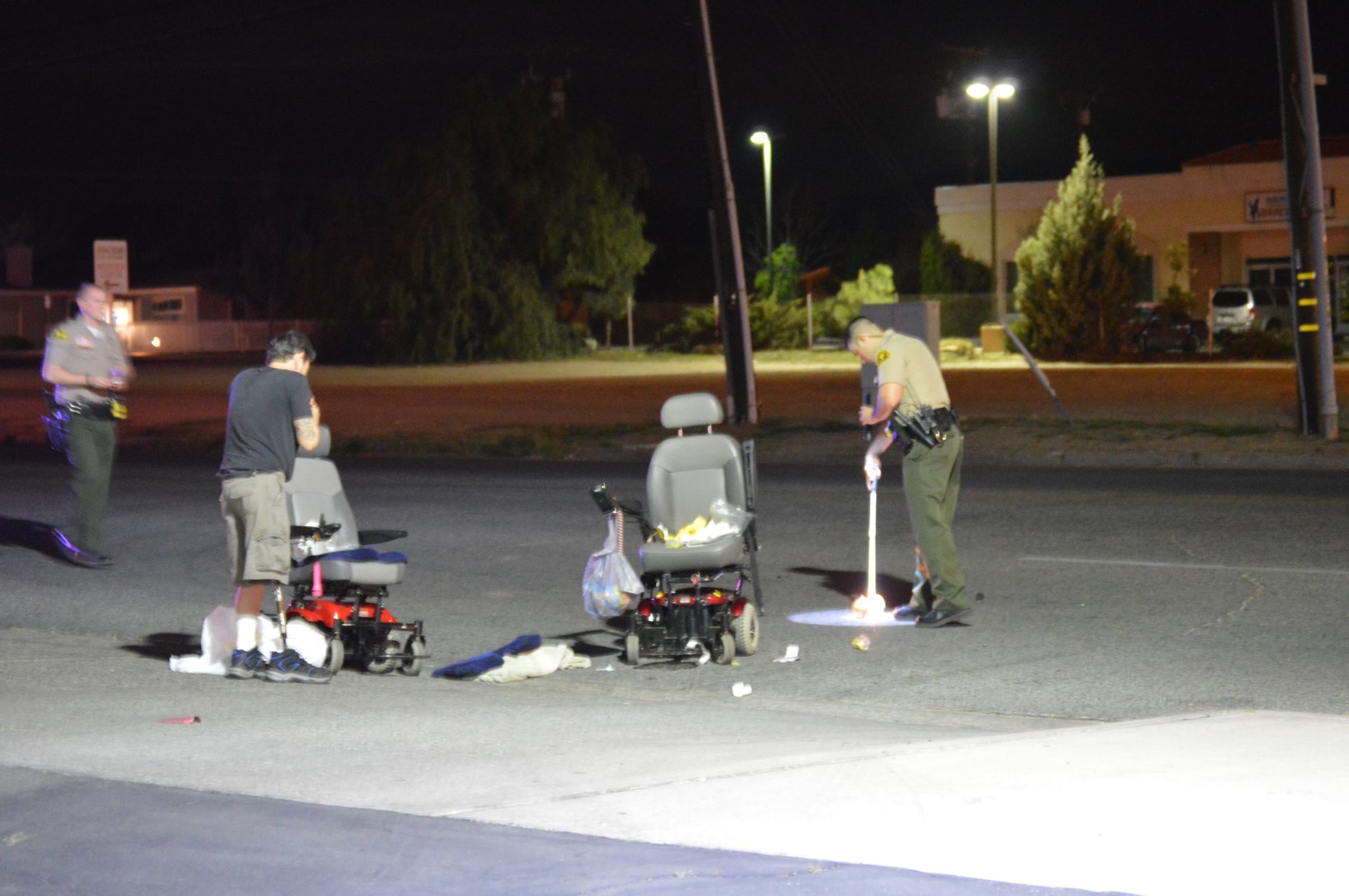 HESPERIA:(VVNG.com)- A female pedestrian in a motorized wheelchair was airlifted after being struck by a vehicle. The hit-and-run occurred near the parking lot of the USA gas station on 3rd and Main Street at approximately 7:45 P.M., on Sunday, March 15, 2015.

A man and woman, reported to be a couple, were both traveling together on motorized wheelchairs along 3rd Avenue just before the impact. According to the victims boyfriend Paul, they were attempting to cross the street and enter the gas station parking lot when his girlfriend was struck by a vehicle. The driver failed to stop and immediately fled from the location leaving the woman conscious but severely injured.

The strength of the impact left the woman’s motorized wheelchair broken in half.

According to witnesses, the suspect vehicle is described as a 2-door older model Black/Burgundy Honda Accord or Civic occupied by two. The vehicle was last seen heading east bound on Main Street.

The patient was transported by ground ambulance to a designated landing zone at Hesperia Airport. From there she was airlifted to Arrowhead Regional Medical Center. The condition of the victim is currently unknown at this time.

Anyone with any information is urged to contact the Hesperia Police Department at 760-947-1500. 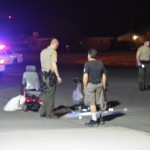 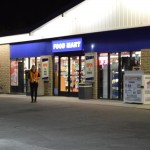 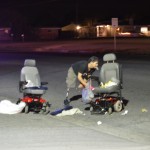