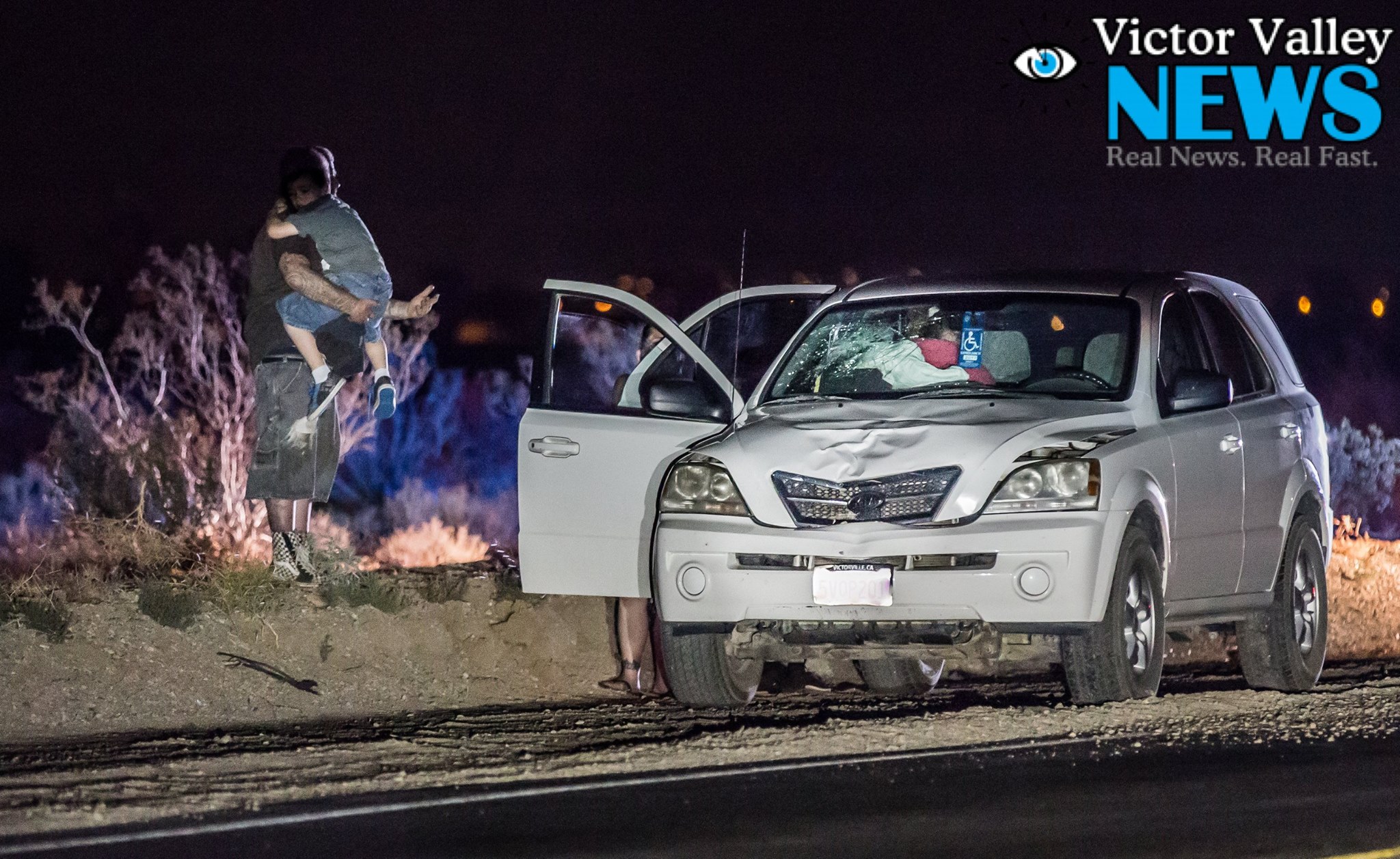 ADELANTO-(VVNG.com): On Wednesday, June 3, 2015 at approximately 8:57 P.M., dispatch received a call reporting a pedestrian struck by a vehicle in the area of Baldy Mesa and Palmdale Road, just west of Highway 395.

Per scanner traffic, the pedestrian was initially believed to be a possible juvenile.

AMR units arrived on scene at approximately 9:08 P.M., and pronounced the pedestrian deceased upon arrival.

Based on early reports it was determined the pedestrian was an adult female, believed to be in her 20’s, and approximately four feet seven inches in height.

The driver of the white Kia SUV stopped immediately after hitting the pedestrian. The SUV sustained front end damage to the hood and windshield. The driver and passengers (which included small children) did not appear to be injured.

The exact details of the incidents are unclear at this time. The portion of the roadway where the fatal incident occurred is poorly lit and doesn’t have any paved sidewalks.

CalTrans responded to perform a hard road closure along Palmdale Road from Aster to Beaver Road. Detours are in place. The Major Accident Investigation Team (M.A.I.T.) is currently processing the scene.