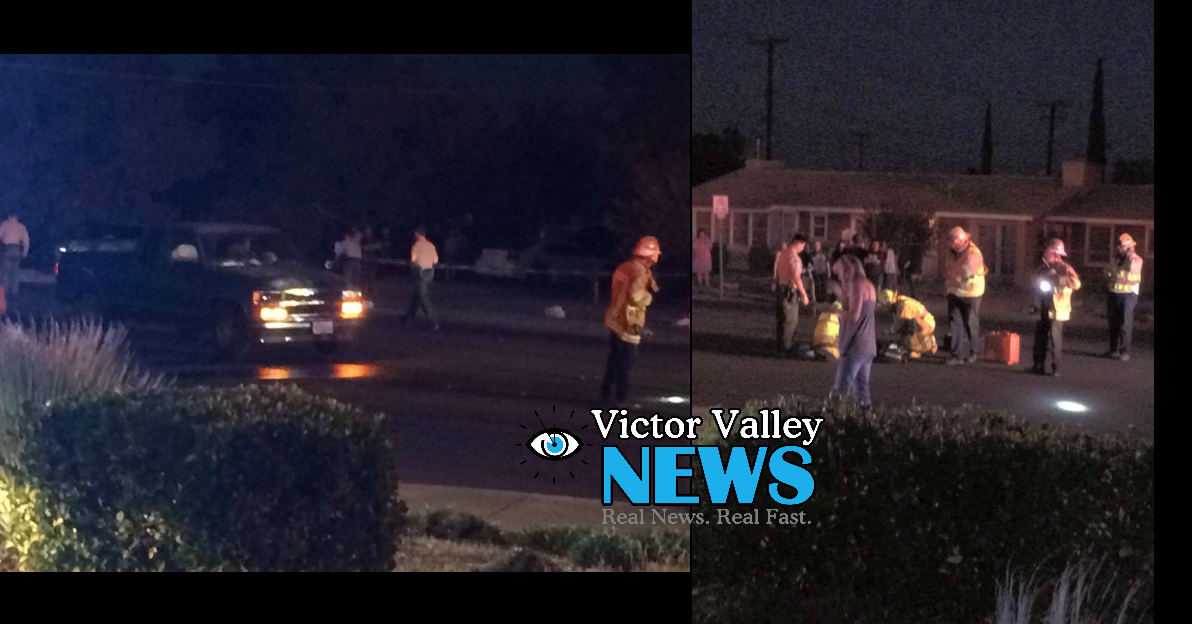 APPLE VALLEY, CA:(VVNG.com)– A female pedestrian was struck and killed by a vehicle in Apple Valley Friday night.

At about 6:30 p.m. dispatch received reports of a vehicle versus a pedestrian on Navajo Road near Highway 18.

Per scanner reports, the pedestrian was confirmed dead on arrival by first responders.

According to a witness, the female ran across the street wearing all dark clothing when she was struck by a Chevy Pick-up truck. The involved vehicle immediately stopped and remained at the scene.

Navajo Road is shut down between Pine Ridge Avenue and Highway 18 for an unknown duration while the Major Accident Investigation Team conducts an investigation.

BREAKING: Attempted Robbery at Chase Bank Near Target in Hesperia