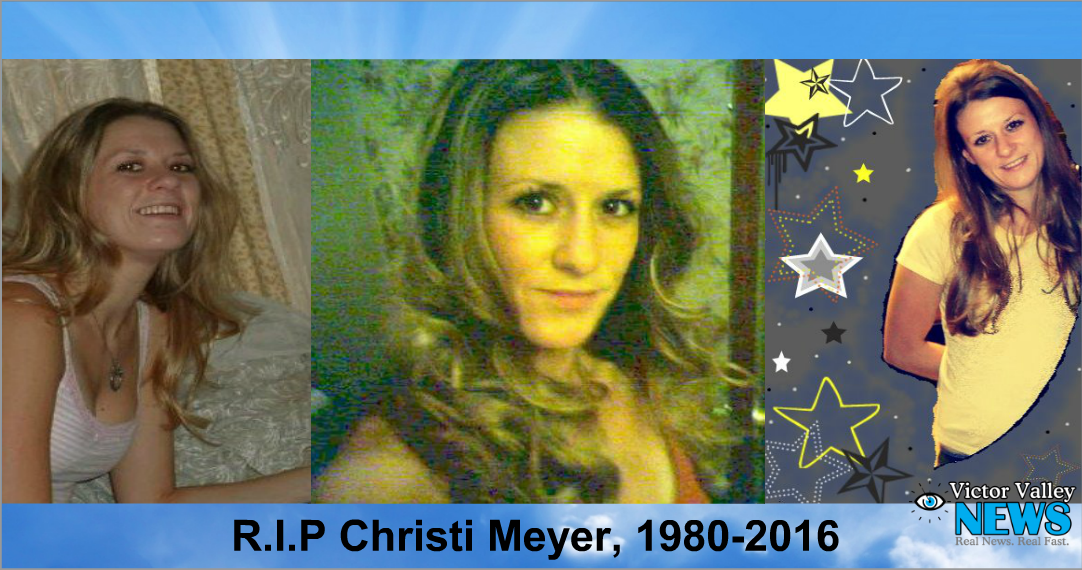 UPDATE 1/3/16– The San Bernardino Coroner’s Department has released the name of the woman struck and killed along Route 66 on Saturday night.

According to officials, Christi Meyer, a 35-year-old resident of Oro Grande was struck by a pick-up truck traveling southbound as she attempted to cross the intersection of National Trails Highway and Chatsworth Road. Emergency medical services responded and pronounced Meyer’s dead at the scene.

ORO GRANDE, CALIF:(VVNG.com)- The San Bernardino Coroner’s has been requested to respond to the scene where a pedestrian was struck and killed on National trails Highway near Chatsworth Road. The fatal collision was reported at 6:42 P.M., on Saturday, January 2, 2016.

According to CHP incident logs, a white Ford f350 struck the pedestrian. The reporting party stated they did not see the pedestrian crossing the roadway.