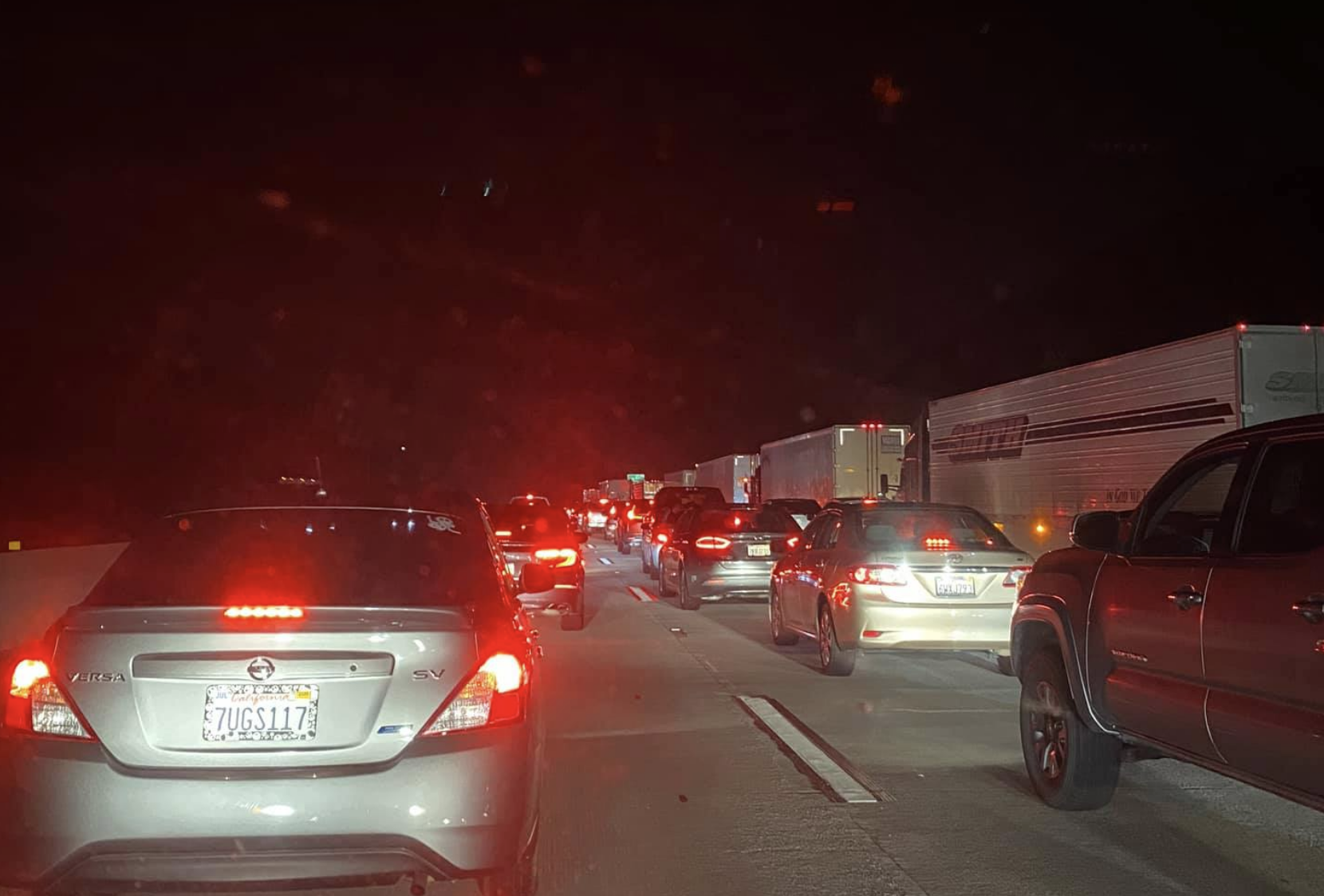 CAJON PASS, Calif. (VVNG.com) — The California Highway Patrol is investigating after a pedestrian was struck and killed on the I-15 freeway near Glen Helen Parkway Friday night.

According to the CHP incident logs, a pedestrian was attempting to cross lanes and was hit by a vehicle.

All lanes were temporarily stopped before Caltrans was requested to set up a hard closure. Vehicles exited at Glen Helen and reentering the freeway at Sierra Avenue, per the logs.

The identity of the deceased pedestrian is pending notification of next of kin by the San Bernardino County Coroner’s Office.

At 11:07 pm traffic was reported to be moving again.

Mark Ching posted in the Victor Valley News Group on Facebook and said the left two lanes had reopened and said a Toyota IA was rear-ended by a dark-colored sedan. CHP later requested a tow for the white Toyota.