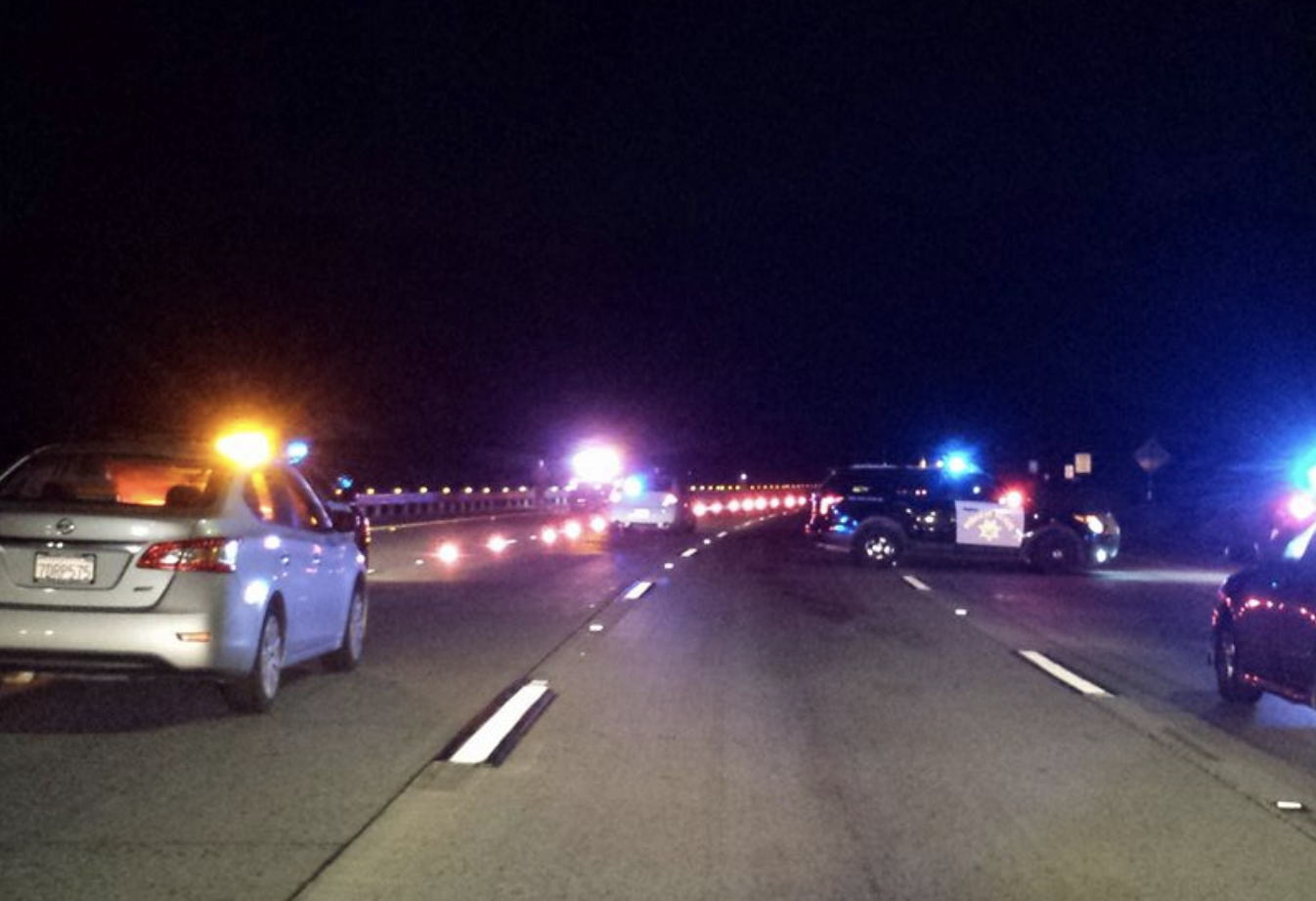 HESPERIA, Calif. (VVNG.com) — A pedestrian was struck and killed on the southbound I-15 freeway early Sunday morning.

It happened at about 3:50 when a man wearing a red shirt was reported running in the no.3 lane south of Oak Hill Road, according to the California Highway Patrol incident logs.

At 4:08 am, 911 dispatch received a call from a woman who said she hit a body in the lanes of traffic.

According to initial reports, the pedestrian was struck by multiple vehicles. At least two of the involved vehicles continued driving for several miles and exited at the Highway 138 off-ramp and waited for CHP officers to arrive.

The incident caused “physical evidence” to spread across all lanes including the center divider prompting officials to issue a SigAlert, per the logs.

Just before 7:30 am, CalTrans employees started picking up the cones and all lanes were reopened.

The identity of the deceased individual will be released pending notification of next of kin. The California Highway Patrol is handling the investigation.