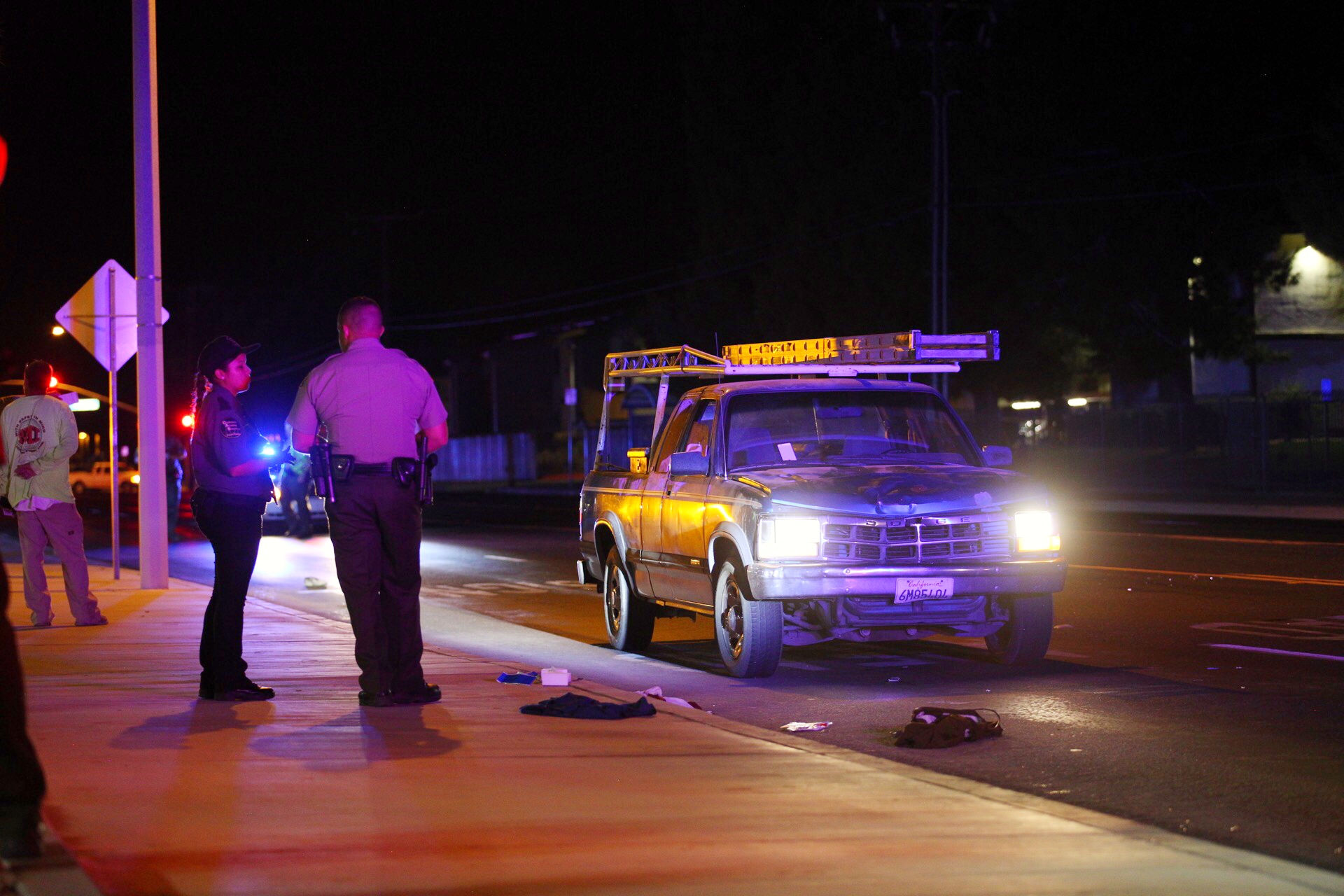 VICTORVILLE, CA:(VVNG.com)– The San Bernardino Coroners has released the name of the pedestrian struck and killed by a vehicle on Friday night.

At about 7:30 p.m. on September 30th William Terrell Keyser, 63, a resident of Victorville was attempting to cross Hook Blvd. just west of Roy Rogers Drive.

Keyser, who was not in a marked crosswalk was struck by a Ford pickup truck traveling eastbound on Hook Blvd.

Following the impact, the male driver of the pickup truck immediately stopped and cooperated with authorities.

Per scanner traffic, when first responders arrived the pedestrian was unconscious in the roadway and CPR was in progress.

Keyser was transported to Victor Valley Global Medical Center by ground ambulance where he later succumbed to his injuries while in the emergency room.

For the latest news in real-time join our Facebook group with over 79,000 members: Victor Valley News