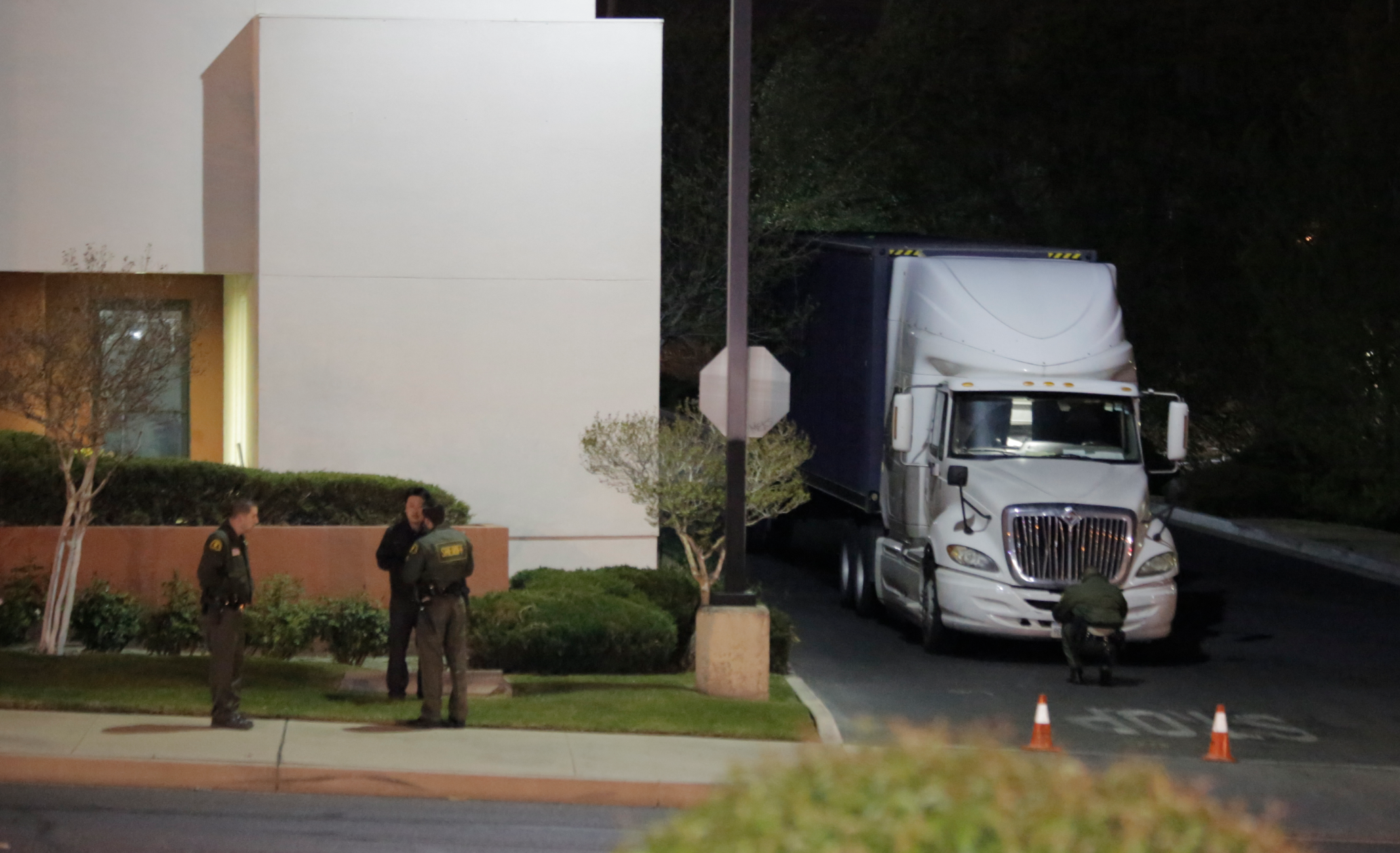 The unidentified driver of the semi returned to the scene and was interviewed by police.

The coroners press release has made available the name of the victim struck by a semi on 3/26/2014: Bernice Williams, a 64 year old resident of Hesperia. No further update regarding the driver has been released at this time.

Join the fastest growing newsgroup in the Victor Valley with over 30,000 members!

VICTORVILLE: A  pedestrian was struck and killed  late Wednesday night by a semi truck traveling southbound on Hesperia Road, just past Jasmine Street.

Per scanner traffic, dispatch received a call from an off duty Police Officer who noticed a body in the road that may have been decapitated. When Sheriffs arrived, the involved driver was not initially on scene.

Authorities immediately issued a “B.O.L.O.(Be On The Look Out) Alert” for a semi truck described as white in color with a blue trailer after receiving  a tip from a witness.

A short time later the driver of the semi matching the description  returned to scene and cooperated with authorities. The semi truck appeared to have sustained damage to the front grill.

A portion of the roadway was blocked of for several hours near the intersection of Hesperia rd. & Jasmine st. while M.A.I.T. processed the scene.

According to witnesses, the pedestrian is believed to be a black female adult and is said to be a known transient in the area according to employees of a near by establishment.

The roadway was shut down for several hours as the M.A.I.T.(Major Accident Investigation Team) was called to the scene and an investigation is currently underway.   The name of the victim will be released pending notification of next of kin.

More information will be posted as it become available.

For more late-breaking news join our Facebook group “VVNG” with over 29,200 members.