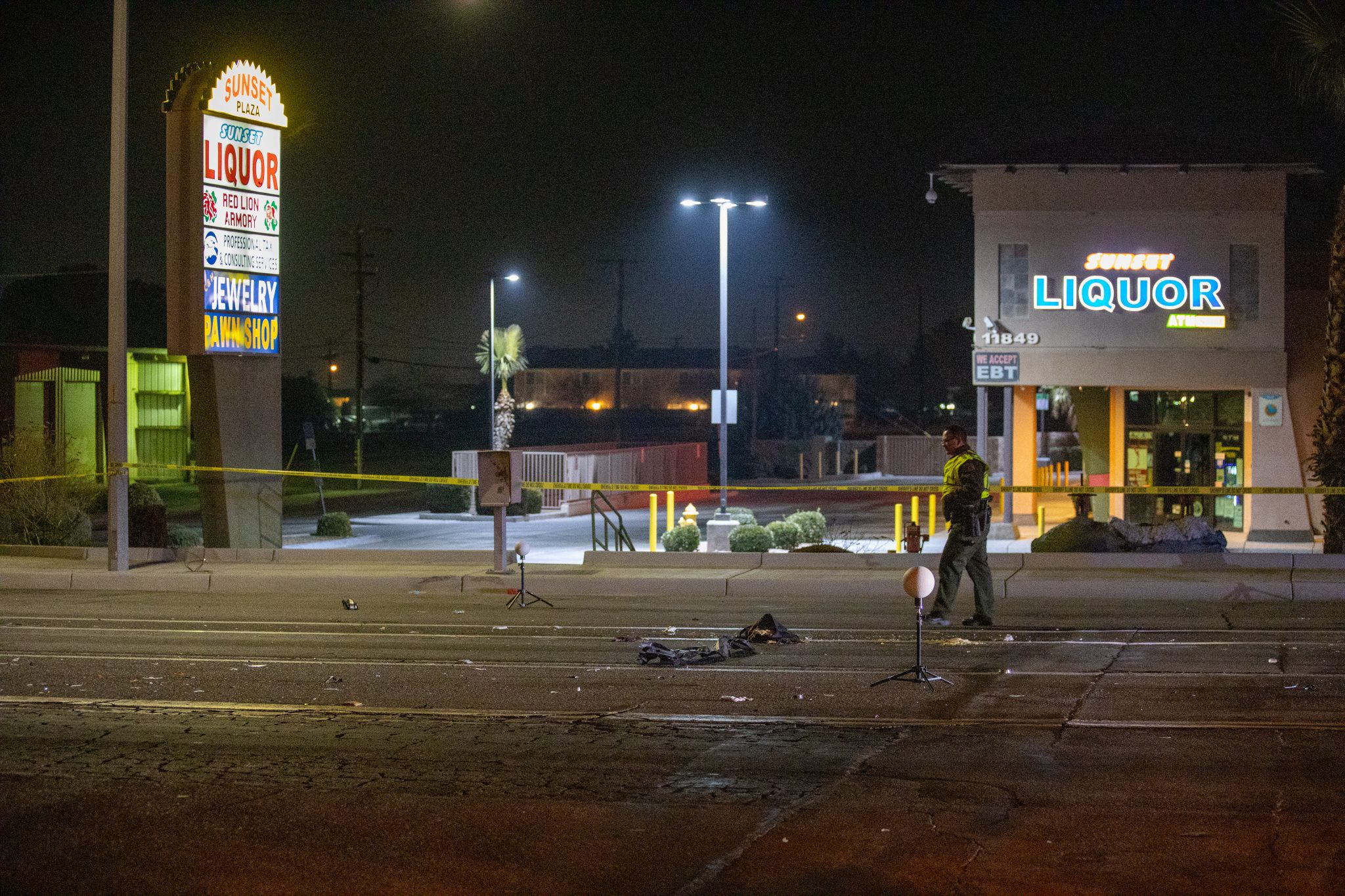 HESPERIA, Calif. (VVNG.com) — A stretch of Hesperia Road was closed for several hours after a pedestrian was struck and killed Monday night.

The incident was reported at 7:17 pm on January 13, 2020, at the intersection of Donert Street and Hesperia Road.

Upon arrival, first responders found a white Scion with major front end damage and a male pedestrian down in the northbound lanes. He was pronounced deceased at the scene.

Deputy Scott LaFond of the Hesperia station said the vehicle was traveling southbound on Hesperia Road when it struck the pedestrian near Donert Rd.

The female driver of the Scion cooperated with police and was not injured. After he interview with police she was allowed to leave.

The pedestrian’s shoes and other personal belongings were scattered across the roadway along with debris from the vehicle.

Hesperia Road was closed between Sequoia and Sycamore Streets for several hours during the investigation. As of about 9:45 pm deputies from the Major Accident Team were preparing to photograph the scene.