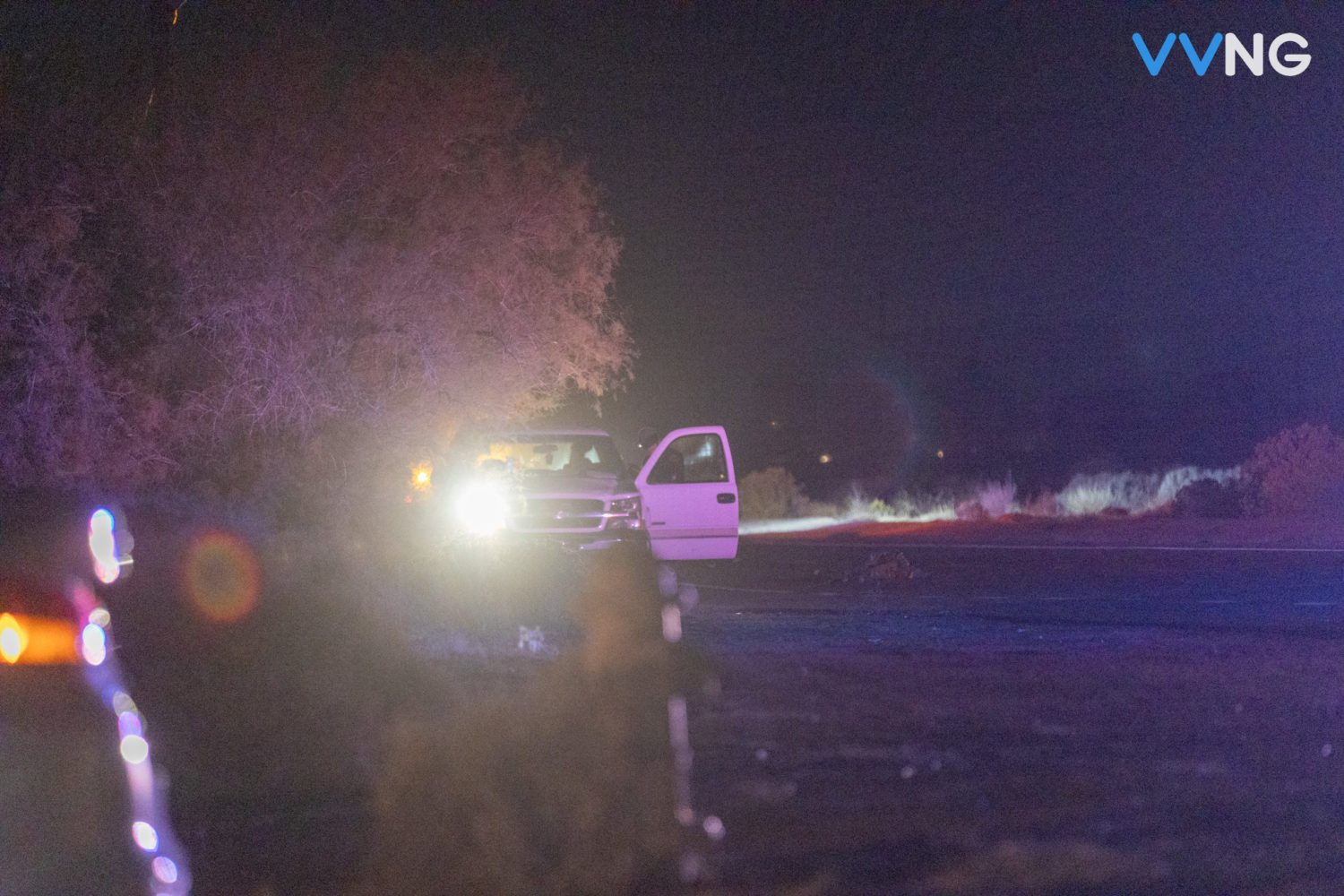 APPLE VALLEY, Calif. (VVNG.com) — A 25-year-old male pedestrian was struck and killed Tuesday night in the Town of Apple Valley.

The pedestrian, whose identity is being withheld pending notification of next of kin, suffered fatal injuries and was pronounced deceased at the scene.

The driver of the Chevrolet was uninjured and remained on scene to cooperate with the investigation. Investigators are currently seeking a non-criminal statement and information from the driver of the Toyota Camry.

The investigation prompted a road closure between Otoe and Quantico Roads for several hours as deputies from the Sheriff’s Major Accident Investigation processed the scene.

Anyone with any information or anyone who may have witnessed or were possibly involved in this collision is asked to contact Deputy R. Grissom at the Apple Valley Sheriff’s Station at (760) 240-7400 of Sheriff’s Dispatch at (760) 956-5001. Callers wishing to remain anonymous are urged to call the We-Tip Hotline at 1-800-78-CRIME.