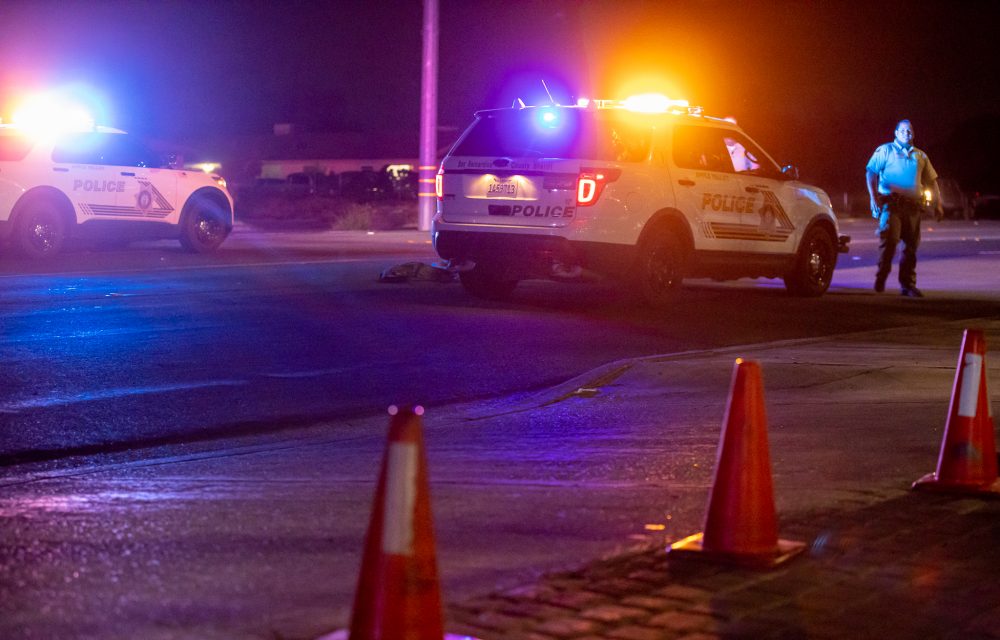 APPLE VALLEY, Calif. (VVNG.com) —A stretch of Bear Valley Road was closed for a couple of hours after a pedestrian was fatally struck Monday night.

On May 4, 2020, at 8:37 p.m., the Apple Valley Fire Department, AMR, and San Bernardino County Sheriff’s Deputies were dispatched to the call in the 21500 block of Bear Valley Road.

Upon arrival, they located a male face down in the roadway and pronounced him deceased at the scene.

According to the preliminary investigation, the male was attempting to cross from south to north and had stopped in the turning lane/center divider. A vehicle traveling eastbound on Bear Valley attempted to turn left into the shopping center, struck the pedestrian, and pushed him into the no.1 westbound lane where he was struck by two additional westbound vehicles, according to Sgt. J. Marshall with the Apple Valley Police Department.

All the drivers remained at the scene and cooperated with officers conducting the investigation.

According to friends, the 44-year-old male lived directly across the street and was attempting to walk back home when he was struck and killed. His identity has not been released.

Bear Valley Road was closed between Mohawk and Navajo Roads for the investigation. Additional information will be updated as it becomes available.