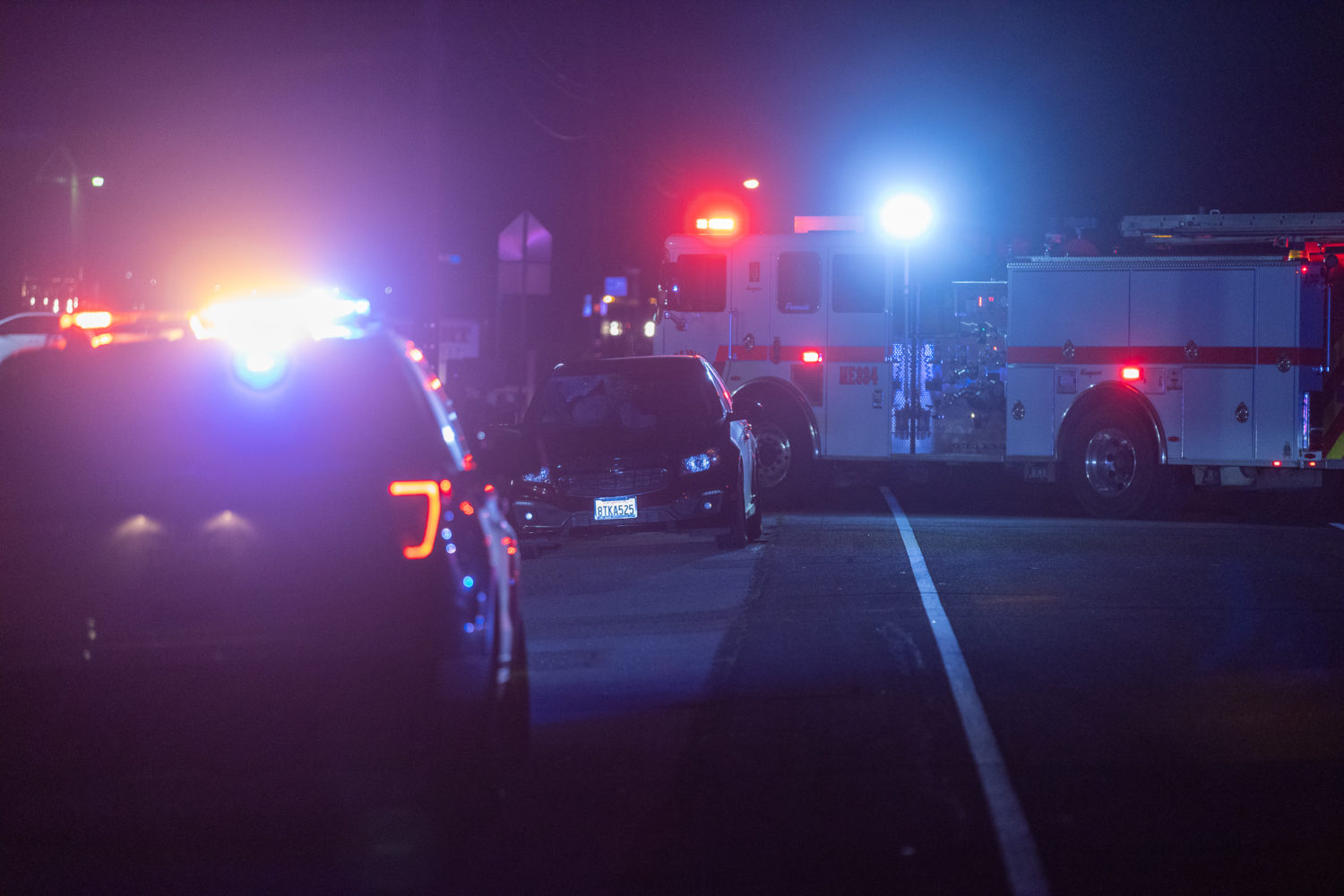 APPLE VALLEY, Calif. (VVNG.com) — A pedestrian was struck and killed by a vehicle on Easter Sunday in Apple Valley.

A witness told VVNG the deceased person is a homeless man that was hanging around outside of the High Desert liquor store and was under the influence of alcohol. The male was accompanied by a small white fluffy dog that looked like a poodle.

A good Samaritan was attempting to give the male food and a leash for his dog when the male suddenly started to walk into the roadway as his dog followed behind. A dark-colored 2015 Chevy Cruz traveling westbound was unable to stop in time and struck the pedestrian.

The impact caused the pedestrian to crash thru the front windshield, leaving his body partially inside of the vehicle. Firefighters from the Apple Valley Fire Protection District responded and pronounced the male deceased at the scene.

The witness said the man’s dog was also hit but ran off towards a large desert area.

The male driver of the Chevy remained at the scene and cooperated with authorities. He sustained minor injuries and was transported to a local hospital.