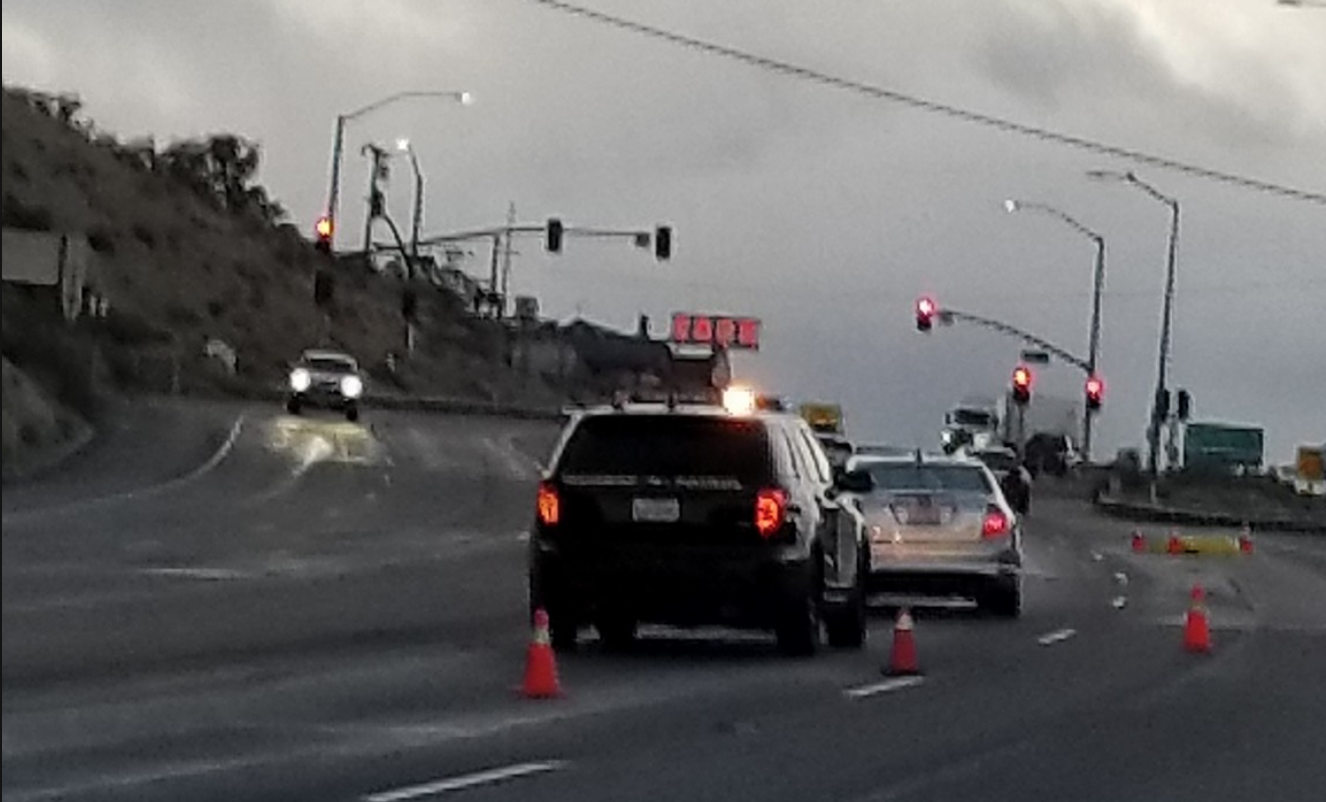 WRIGHTWOOD, Calif. (VVNG.com) — Officers with the California Highway Patrol are currently investigating a fatal traffic collision after a man riding on the back of a tractor-trailer jumped off from the moving trailer and died early Monday morning.

According to San Bernardino County Fire spokesman Eric Sherwin, Medic Engine 10 arrived on scene at 4:53 a.m., and confirmed one deceased party at the scene.

Officers with the California Highway Patrol said, at about 4:34 am, dispatch received suspicious circumstances call of a white male wearing a black hoodie sweatshirt and black shorts riding on the back of a tractor-trailer combo, which was traveling eastbound on SR-138, approaching highway 2.

“The reporting party related the male appeared to be “hitching a ride” and not in distress,” CHP officials said. At 4:40 a.m., another call reporting a male down in the roadway was received by dispatch.

Through investigation, officers determined the male party seen earlier riding on the back of a tractor-trailer combo either fell or jumped off of the rear of the trailer possibly striking his head and becoming incapacitated while lying in the number 2. lane, officials said.

As the party laid stationary in the roadway, the driver of a 2012 Toyota Camry was traveling eastbound in the no.2 lane. Due to the male party wearing dark colored clothing, the driver was unable to stop and subsequently struck the pedestrian.  After the collision, the driver of the Camry made a U-turn and awaited emergency personnel’s arrival.

The identity of the deceased is pending notification of next of kin and will be released by the San Bernardino County Coroners Office.

The collision is still under investigation by the CHP – Victorville office. Anyone with information is asked to call (760)241-1186.

CHP is also working a separate incident along Sheep Creek Road and Highway 138 involving a single vehicle off the roadway and down an embankment.The incident was reported at 5:03 am, and no injuries were reported in this incident.