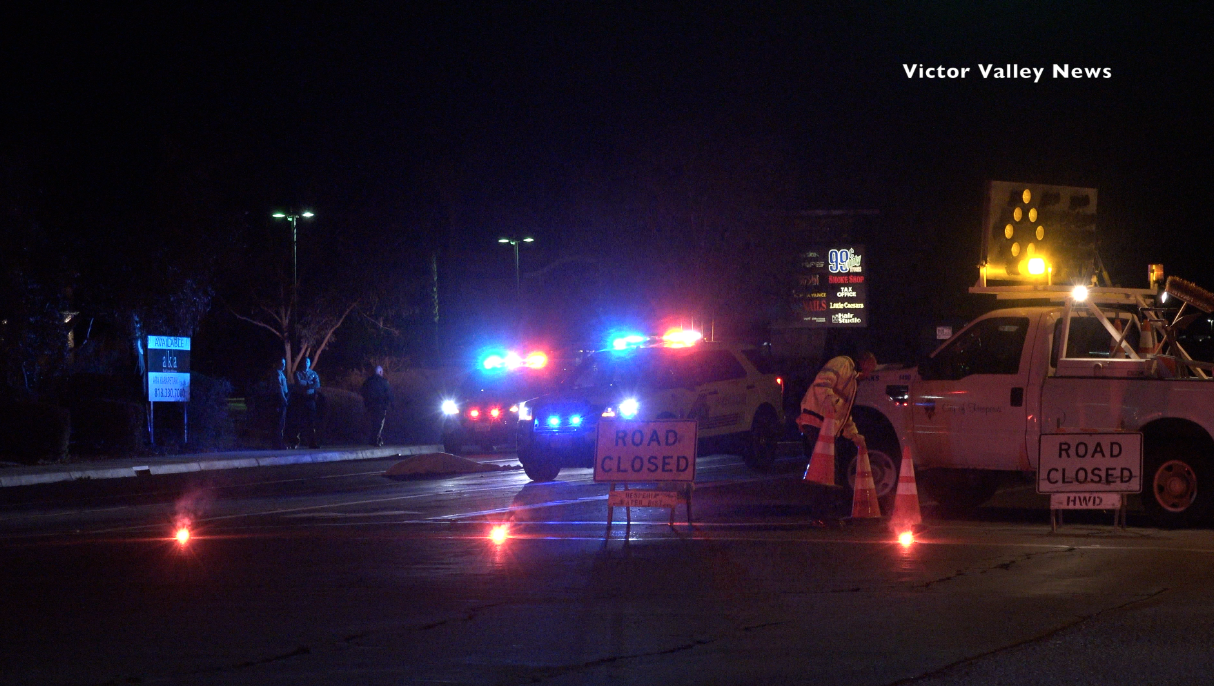 HESPERIA, Calif. (VVNG.com) Hesperia Deputies are looking for a driver who fatally hit a pedestrian early Saturday morning and drove away.

Sheriff’s Dispatch received a call at about 3:13 a.m. on October 7, 2017, reference a person who was lying in the eastbound lanes of Main Street, just east of Topaz Road.

The vehicle, which is expected to have heavy front-end damage, was gone before officials arrived on scene and before witnesses could get a description.

Main Street is expected to remain closed between Pyrite and Topaz Avenues for at least 4-6 hours while the Major Accident Investigation Team process the scene.

Sheriff’s officials will gather surveillance from nearby businesses in hopes of locating the person responsible for the deadly hit-and-run.

This story is developing and information will be updated as it becomes available.