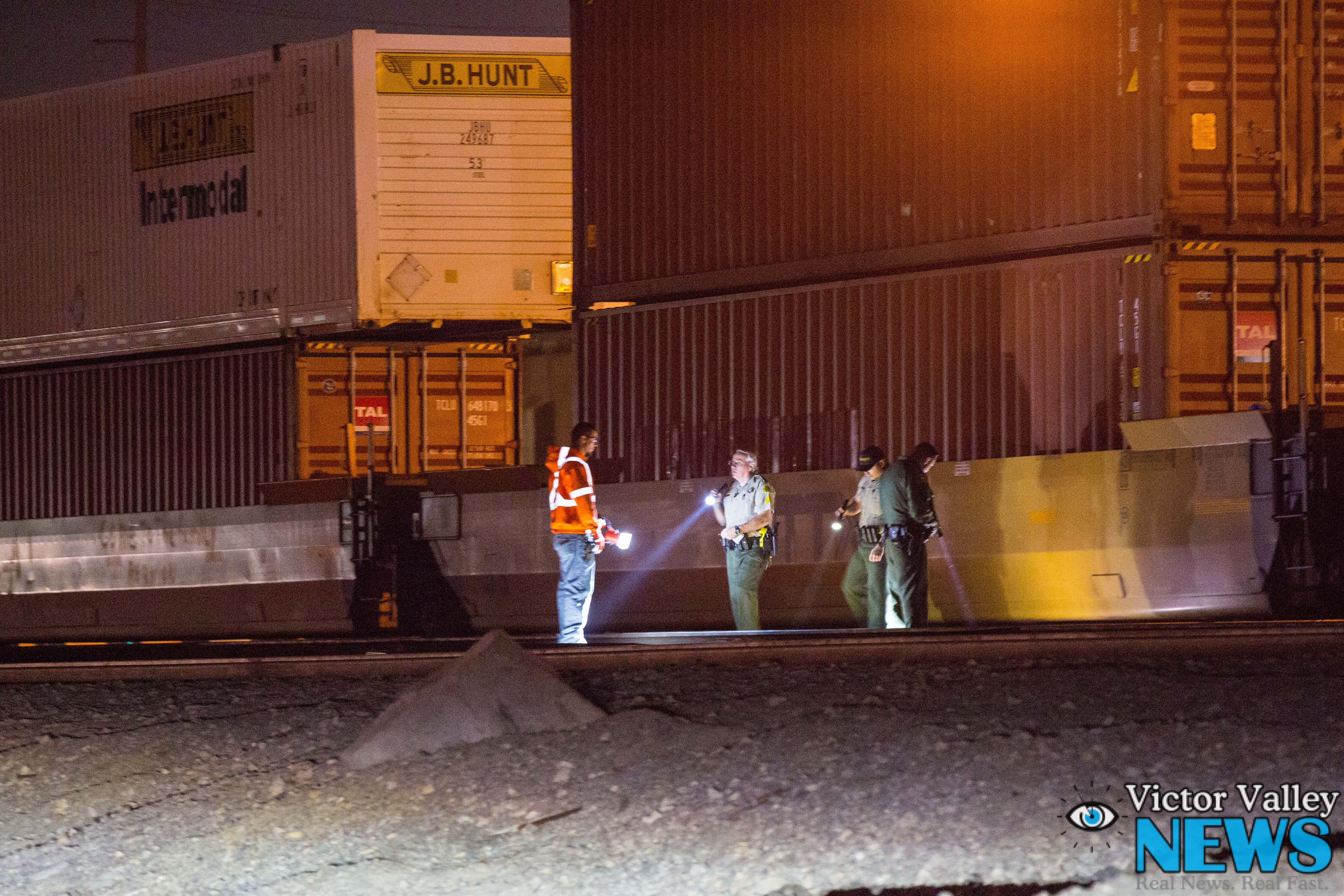 A pedestrian was struck and killed by a moving train in Victorville. (Photo by Gabriel D. Espinoza, Victor Valley News).

VICTORVILLE-(VVNG.com):  At around 1:37 a.m on Sunday, March 20th Victorville deputies were dispatched to a call reporting a train hitting a pedestrian in the area of  D and 5th streets.

The reporting party, a BNSF employee, told authorities that the man was standing between the rail tracks when he was struck.

Victorville Sheriff’s station spokeswoman Mara Rodriguez told Victor Valley News that there is currently no identity to release and the circumstances surrounding the incident are under investigation by the BNSF Police.