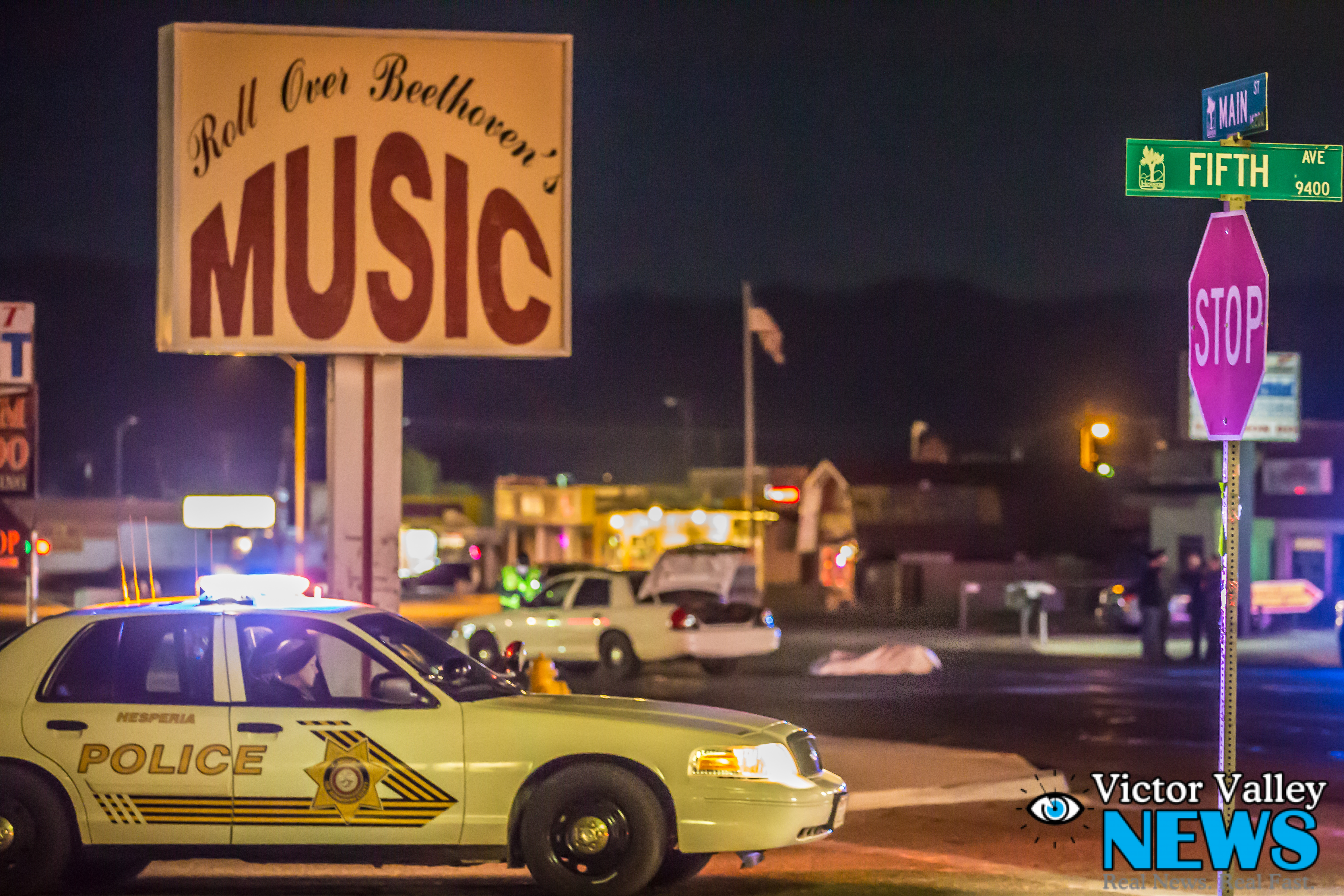 HESPERIA, CALIF (VVNG.com) A pedestrian was struck and killed by an unmarked law enforcement vehicle after the pedestrian was attempting to cross Main Street near the intersection of Fifth Ave.

A call for medical aid was dispatched at 5:42P.M., however the victim was pronounced dead upon arrival.

The white Ford Crown Vic sustained major damage to its front windshield, the hood, and the front passenger side bumper.

A hard road closure was requested to block traffic on Main street between Third and Seventh Avenue for an unknown duration of time.

The Major Accident Investigation Team (MAIT) will be handling the processing of the scene.

The victim’s name has not yet been released pending next of kin notification. Not further information was available as of 10:00 P.M.