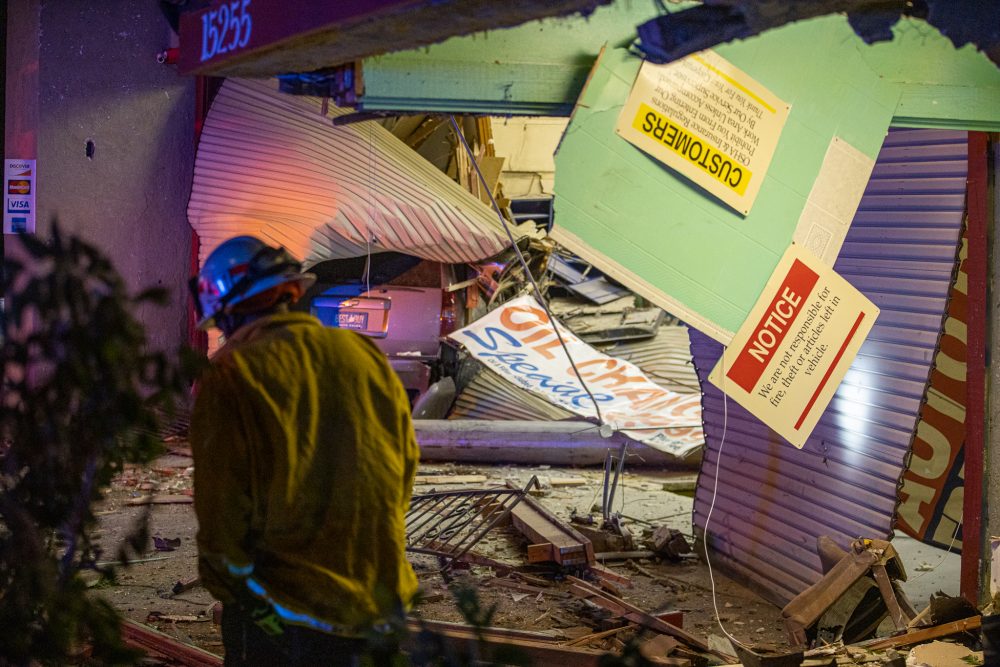 VICTORVILLE, Calif. (VVNG.com) — A pedestrian on a sidewalk was struck and killed by an out of control SUV before it crashed into a building in old town Victorville.

At about 9:37 pm, on May 13, 2020, deputies and emergency personnel responded to the Amigo Auto Care at 15255 7th Street after receiving reports of a vehicle into a building.

Upon arrival, they located an abandoned tan-colored Chevy Tahoe lodged inside the heavily damaged building. The driver and two passengers fled immediately after the crash, officials said.

According to a sheriff’s news release, the SUV was traveling northbound on 7th Street when the driver swerved off the roadway and struck a pedestrian walking on the sidewalk before colliding into the auto care building.

During the investigation, deputies were able to identify the driver, as 38-year-old Alaina Swain, of Apple Valley, and located her at her residence. The other two occupants are outstanding and the investigation is ongoing as to their identity and whereabouts. They were described as two black males in their early to late ’20s.

The investigation is on-going and anyone with information or anyone who may have witnessed the collision is asked to contact Deputy M. Lee or Deputy A. Hylin at the Victorville Police Station at 760-241-2911.