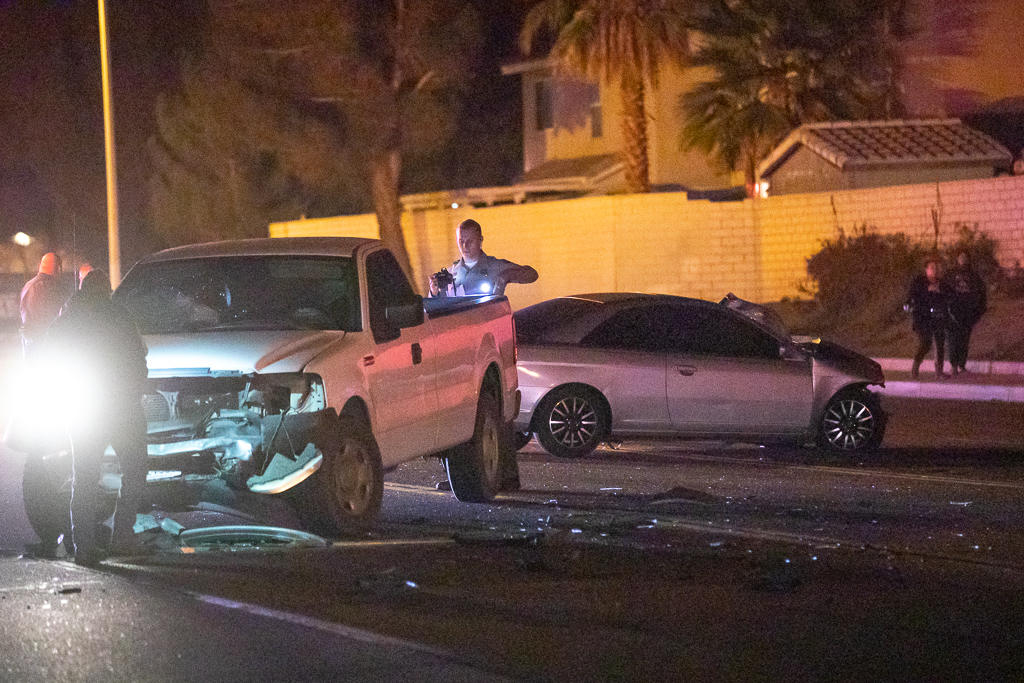 San Bernardino County Fire personnel, AMR, and Victorville deputies arrived at the location and found a man lying in the roadway.

Witnesses at the scene told Victor Valley News that the pedestrian was unconscious, had no pulse and required CPR.

Avery was one of the first on scene and said the victim appeared to be 17-years-old. “I blocked his body with my car to check his pulse but there was nothing,” she said.

The pedestrian was transported to a local hospital where he was pronounced deceased, officials confirmed.

The driver of one of the involved vehicles was treated on scene by emergency medical technicians for minor injuries.