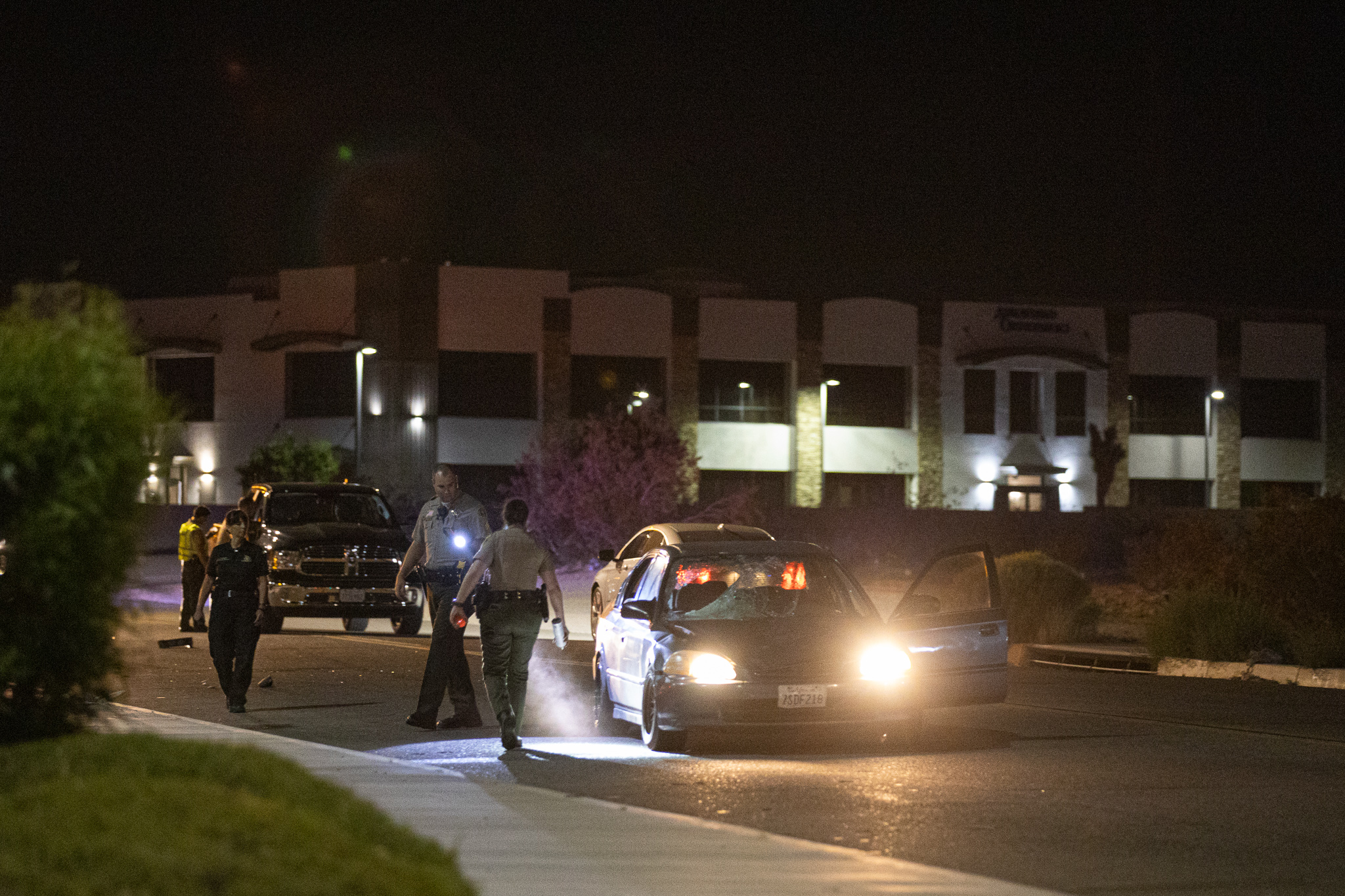 VICTORVILLE, Calif. (VVNG.com) — A pedestrian was killed late Wednesday night after they were struck by a vehicle in Victorville.

It happened at about 11:00 pm, in the 15500 block of Midtown Drive, near Civic Drive in Victorville.

Firefighters with Victorville City Fire responded and treated an adult female victim that was down in the roadway. Due to her injuries, a medical helicopter was requested to land at Victor Valley Global Medical Center.

Sheriff’s spokeswoman Jodi Miller said the victim was transported to a local area hospital where she was later pronounced deceased.

The driver of the involved vehicle remained at the location and cooperated with deputies. A 1998 Honda Civic with a shattered passenger side windshield remained in the roadway as deputies photographed the vehicle.

Miller said the cause of the collision is under investigation and no arrests were made.  “The report will be forwarded to the District Attorney’s Office for review,” stated Miller.