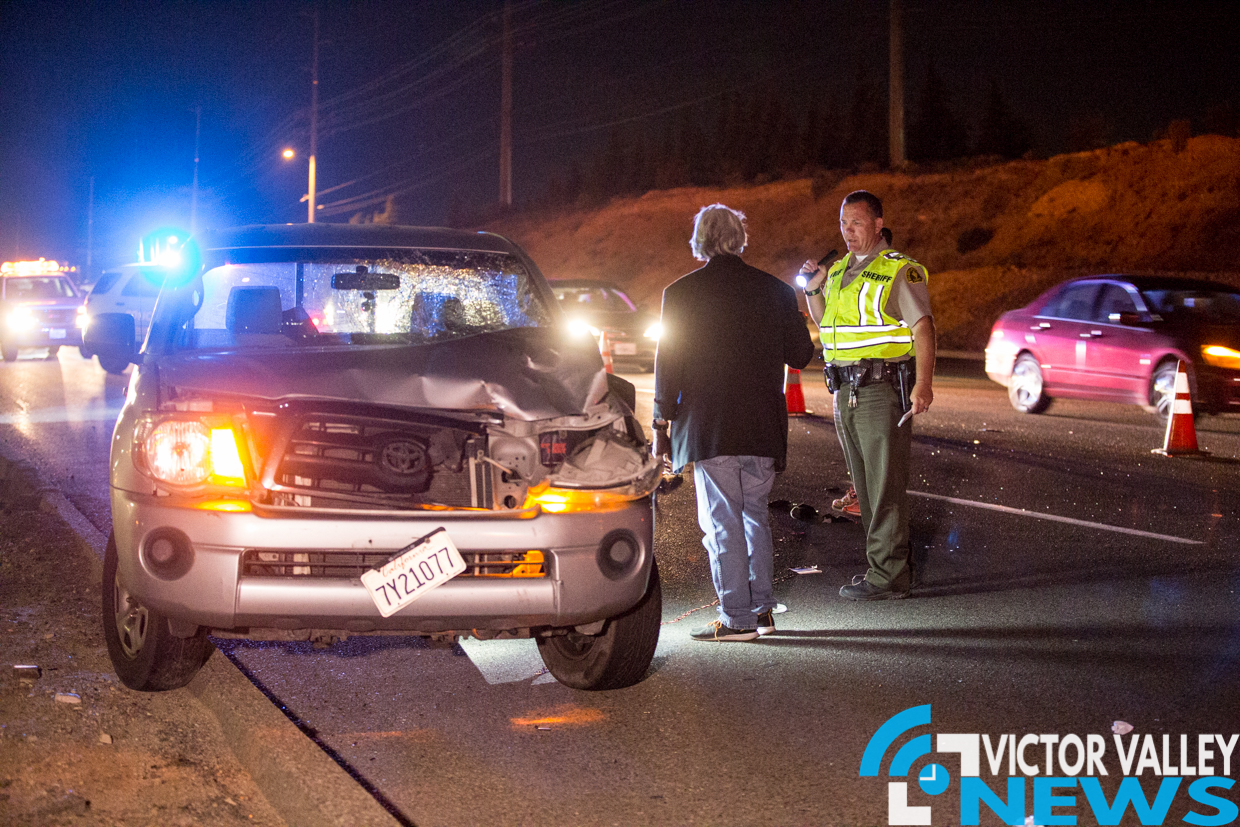 HESPERIA, Calif. (VVNG.com) A pedestrian was airlifted after he was struck by a truck while attempting to cross Bear Valley Road.

(WATCH THE VIDEO BELOW)

“I was driving in this lane (the #2 lane) and didn’t notice him until I hit him,” the male driver of the Toyota Tacoma told Victor Valley News before he was detained at the scene.

Deputy LaFond administered a field sobriety test and requested a blood draw at the scene. The driver of the Tacoma was subsequently placed under arrest under suspicion of driving under the influence of alcohol, LaFond said.

LaFond stated that several witnesses reported the pedestrian crossing the roadway. One witness said she was driving and swerved to miss the pedestrian which put the Tacoma directly in the path of the pedestrian. 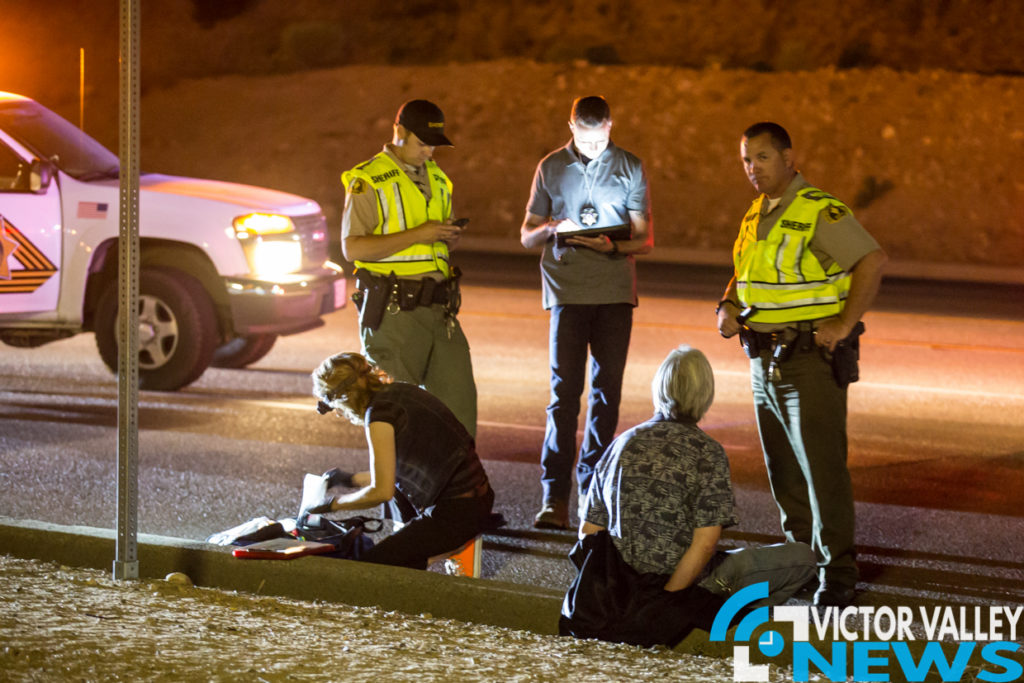 The driver of the Tacoma, although not at fault for hitting the pedestrian, was detained on suspicion of driving under the influence. (Gabriel D. Espinoza, Victor Valley News)