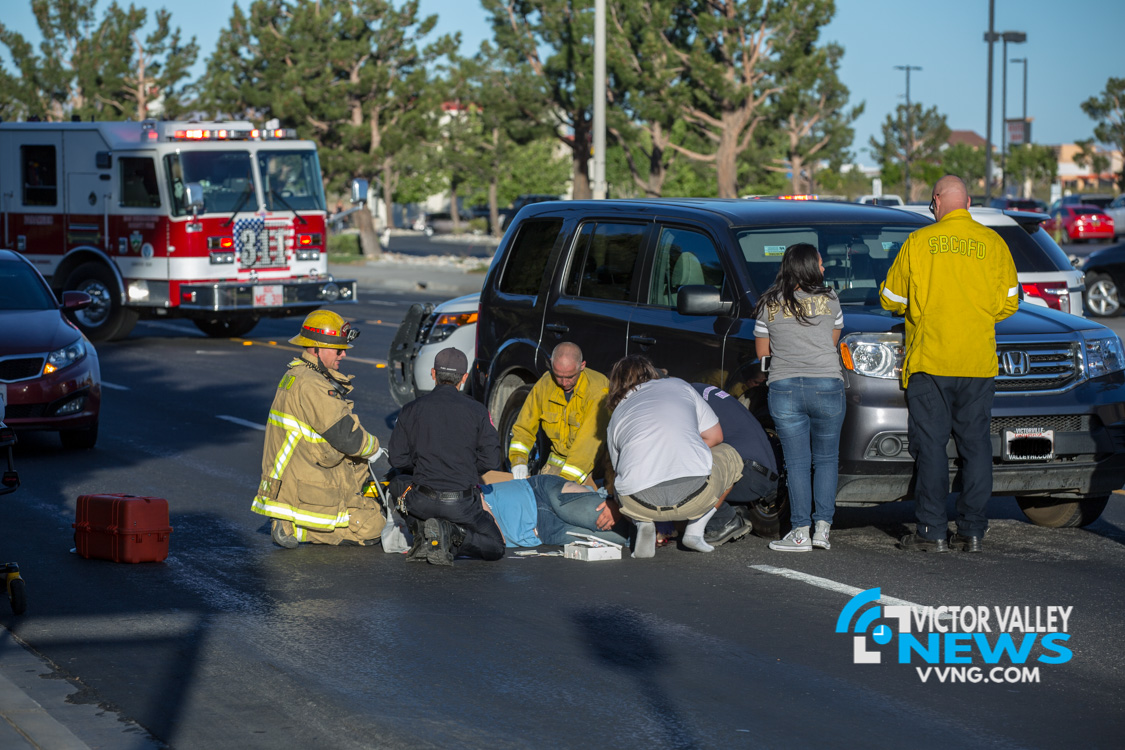 VICTORVILLE, Calif.(VVNG.com) A 53-year-old woman was injured after she was struck by an SUV Monday evening.

Just before 6:30 p.m. dispatch received reports of a vehicle versus pedestrian in the 15000 block of Hook Blvd.

Deputies arrived on scene and located a woman down in the westbound lanes of Hook Blvd.

According to a witness named Sherry, the pedestrian was attempting to run across the busy roadway when she was struck by the SUV.

Sherry said the woman driving the SUV is her son’s therapist and was on her way to visit her son.

“I was watching from my window so I could click her in and then I saw the woman just dash in front of traffic,” Sherry told Victor Valley News.

The involved vehicle, a 2014 Honda Pilot remained at the scene and the driver cooperated with authorities.

The pedestrian was transported to Arrowhead Regional Medical Center by ground ambulance with a leg injury and several small abrasions, however, the woman was alert and talking at the time of transport.

The pedestrian was not in a marked crosswalk at the time of the crash. The official cause of the incident is under investigation.