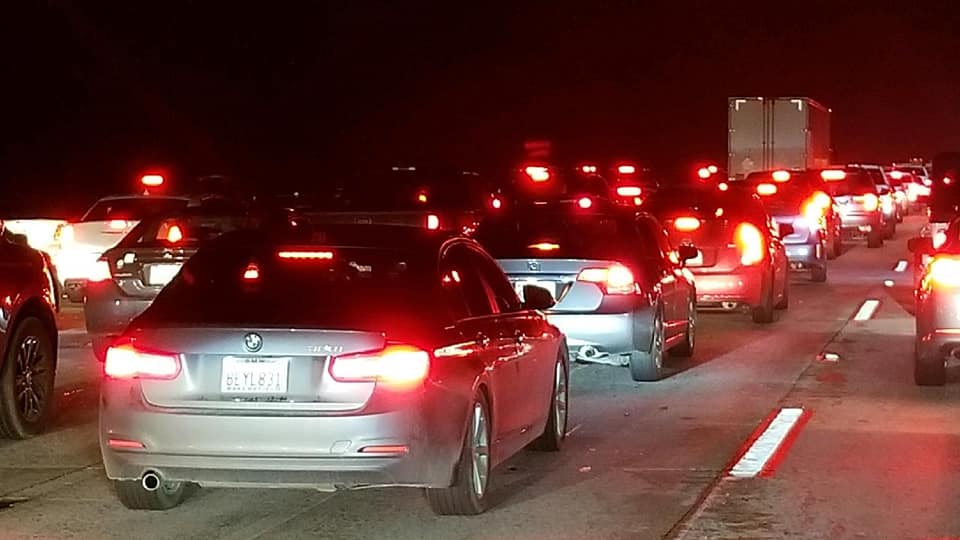 CAJON PASS, Calif. (VVNG.com) A pedestrian was transported to a hospital in grave condition after he was struck by a vehicle on the 15 Freeway Sunday night in the Cajon Pass.

The vehicle versus pedestrian crash was reported at 8:09 p.m. December 8th, 2019, on the northbound 15 Freeway just north of Mathews Ranch Road, between Kenwood Avenue and Blue Cut.

According to the California Highway Patrol logs, a female driver of a silver Lexus RS350 struck the pedestrian.

According to preliminary information from CHP logs, a caller advised that a white 4-door sedan was stopped in the middle of lanes and the driver appeared to be under the influence.

A male reportedly exited the white vehicle and was struck by a silver Lexus RS350, the logs indicated.

“We responded to a man down in front of a vehicle in the fast lane. The man was suffering from life-threatening injuries and was transported to Arrowhead Regional Medical Center,” Eric Sherwin, Public Information Officer for San Bernardino County Fire told Victor Valley News.

All lanes of traffic were reopened at 9:08 p.m., and no further information on the crash was immediately available.