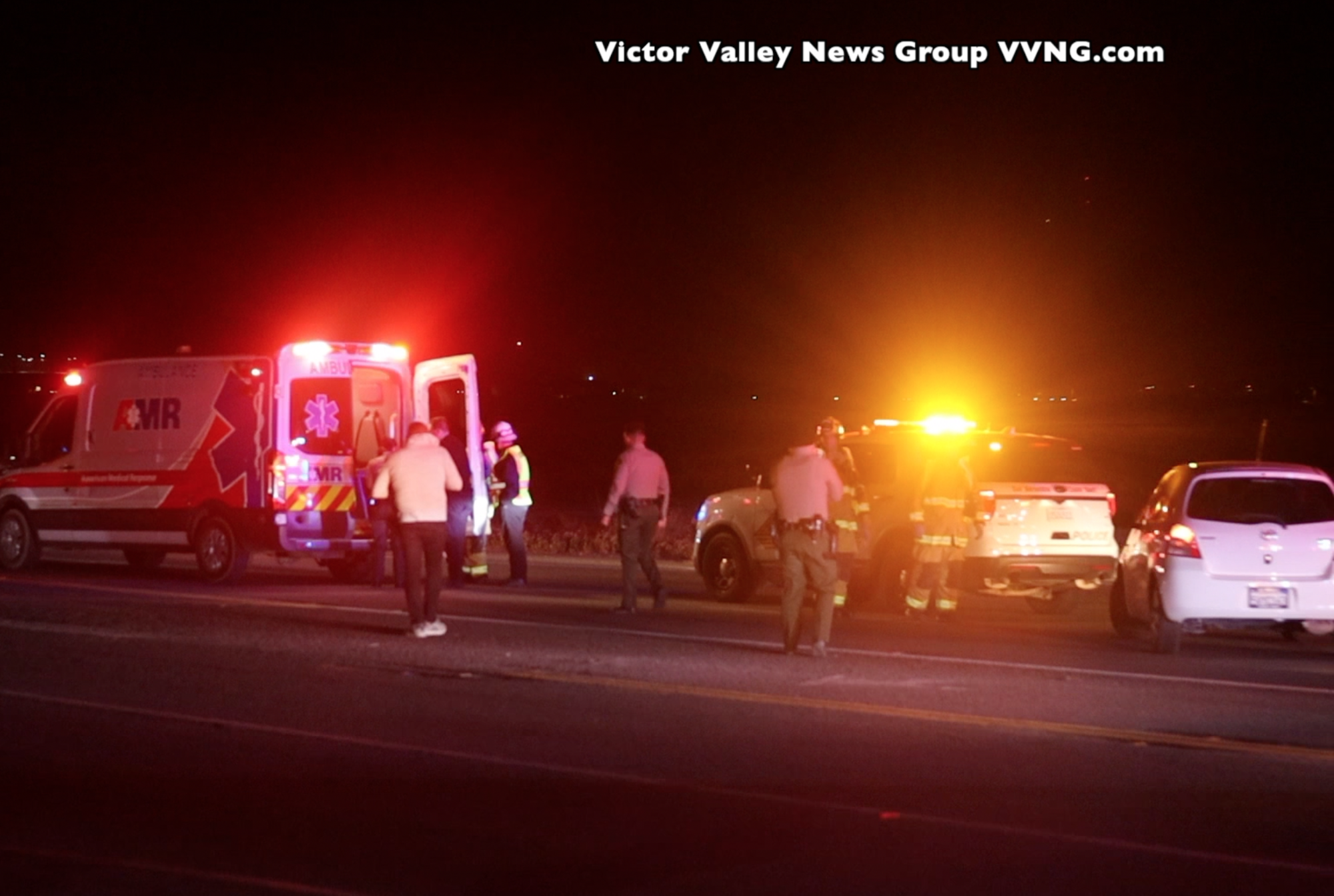 ADELANTO, Calif. (VVNG.com) —A male pedestrian attempting to cross Highway 395, about 200 feet away from the crosswalk at Palmdale Road, was struck by a white Yaris Tuesday night

When firefighters arrived on scene they determined the crash to be just north of Palmdale Road on Highway 395 near the Panda Express restaurant, Captain Torres confirmed.

Captain Torres said the man was responsive and alert when they arrived on scene, but as a precaution, he was transported to Loma Linda University Medical Center by ground ambulance.

According to a witness, the pedestrian was crossing from the east side of Highway 395 leaving the Panda Express and walking back to a tractor-trailer across the highway when he was struck by a white Toyota Yaris.

The female driver of the compact sedan involved in the collision remained on scene and cooperated with deputies. The vehicle was also occupied by her child son.

Neither occupants in the vehicle were injured.

The car was traveling at speeds of about 40 miles per hour when the crash occurred, witnesses said.

Northbound Highway 395 was temporarily closed while debris was cleared from the road.