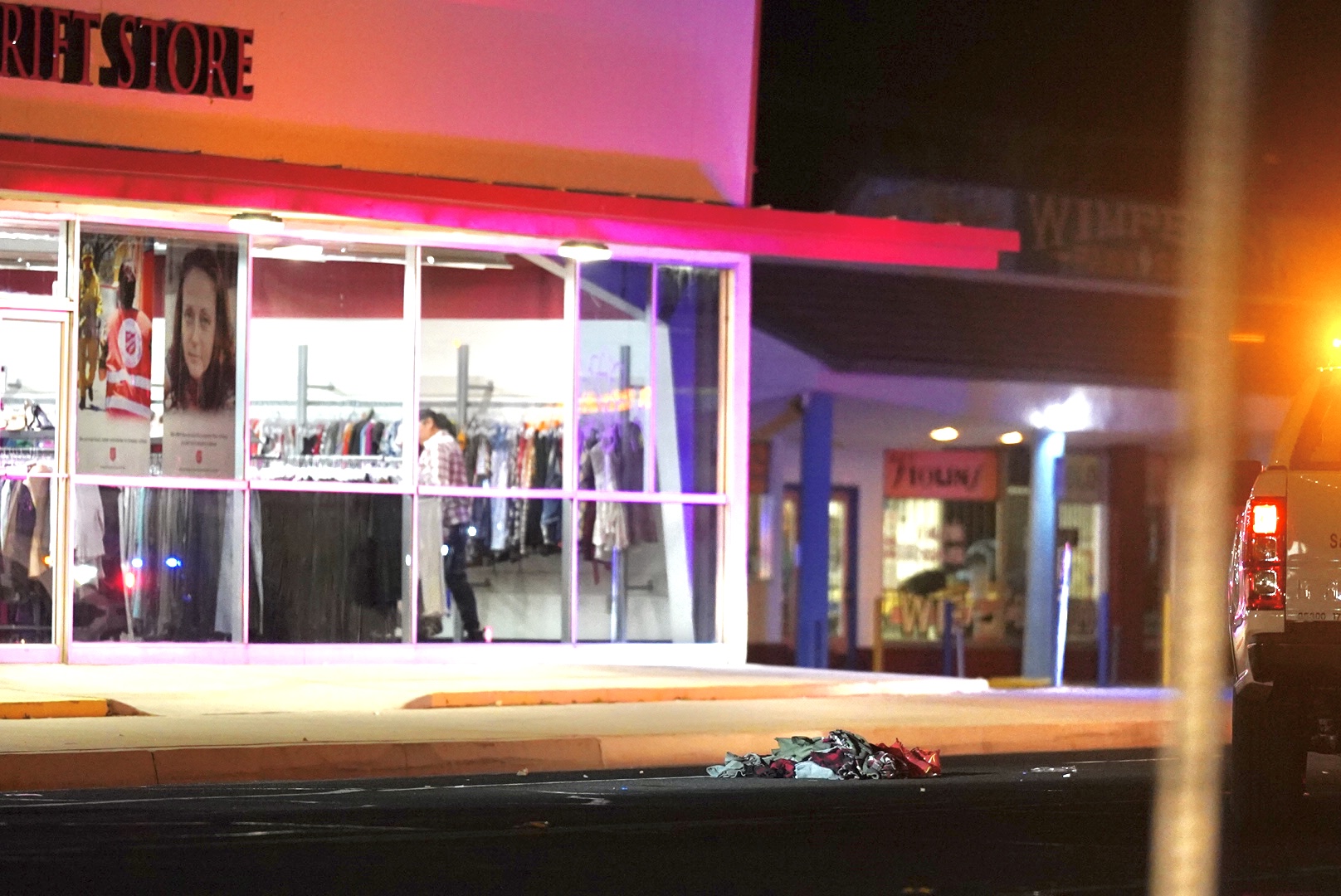 (The driver remained at the scene. - Gabriel D. Espinoza, VVNG)

VICTORVILLE, Calif. (VVNG.com) – A pedestrian was struck by a Jeep Patriot on 7th Street Wednesday night in Victorville, shutting down westbound traffic near the scene.

At about 5:44 p.m., December 21, 2022, Victorville Fire Department and San Bernardino County Sheriff’s Deputies from the Victorville Police Department responded to the incident on 7th Street near Plaza Drive in front of The Salvation Army Thrift Store & Donation Center, located at 14716 7th Street.

Emergency personnel located the person lying in the westbound lanes of 7th Street. The person was rushed to Victor Valley Global Medical Center in critical conditon.

The female driver of the black 2015 Jeep Patriot remained at the scene and cooperated with authorities.

Deputies photographed the damage on the vehicle, which included a broken side-view mirror on the driver’s side door that was hanging.

Deputies shut down the road between Desert Knolls Drive and Plaza Drive as they investigated.

Further details were not immediately known.

Man Crashes Into Drainage Ditch Along 15 Freeway In Hesperia