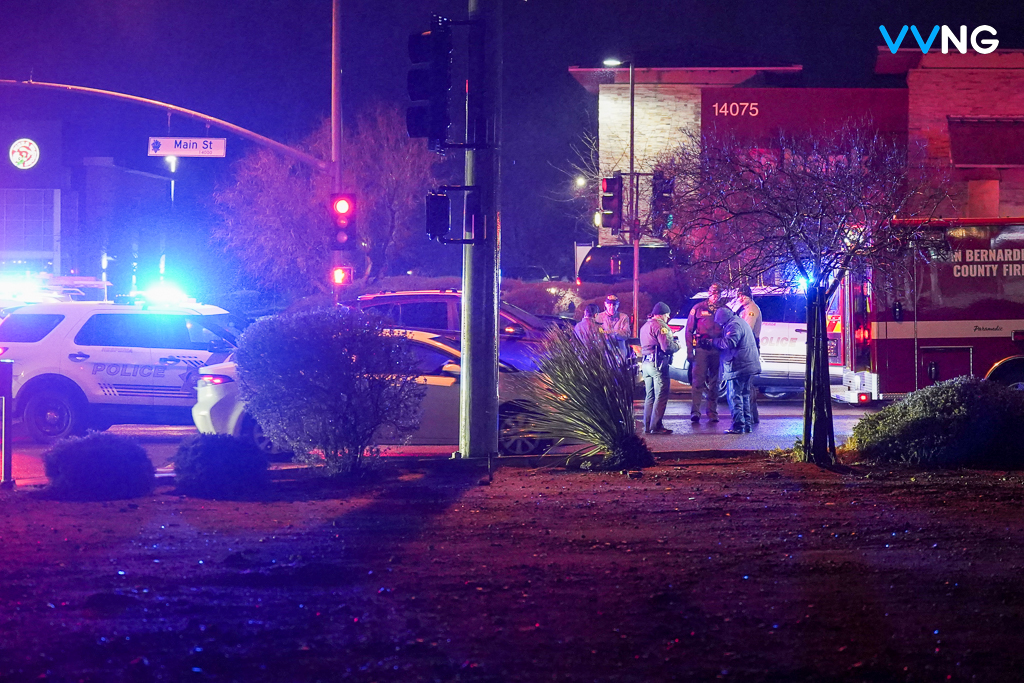 HESPERIA, Calif. (VVNG.com) — A pedestrian was taken to a local hospital after they were struck by an SUV while crossing Main Street.

Just after 6:00 pm, Monday, January 9, 2023, San Bernardino County Fire and Hesperia PD responded to the incident at the intersection of Main Street and Topaz Avenue, in Hesperia.

The driver of the involved maroon Toyota SUV remained at the scene and cooperated with authorities.

The pedestrian was transported to a local hospital and is expected to survive.

Westbound lanes of Main Street were closed at Topaz Avenue for an investigation and were reopened a short time later.

The cause of the incident is under investigation by the Hesperia Police Department.