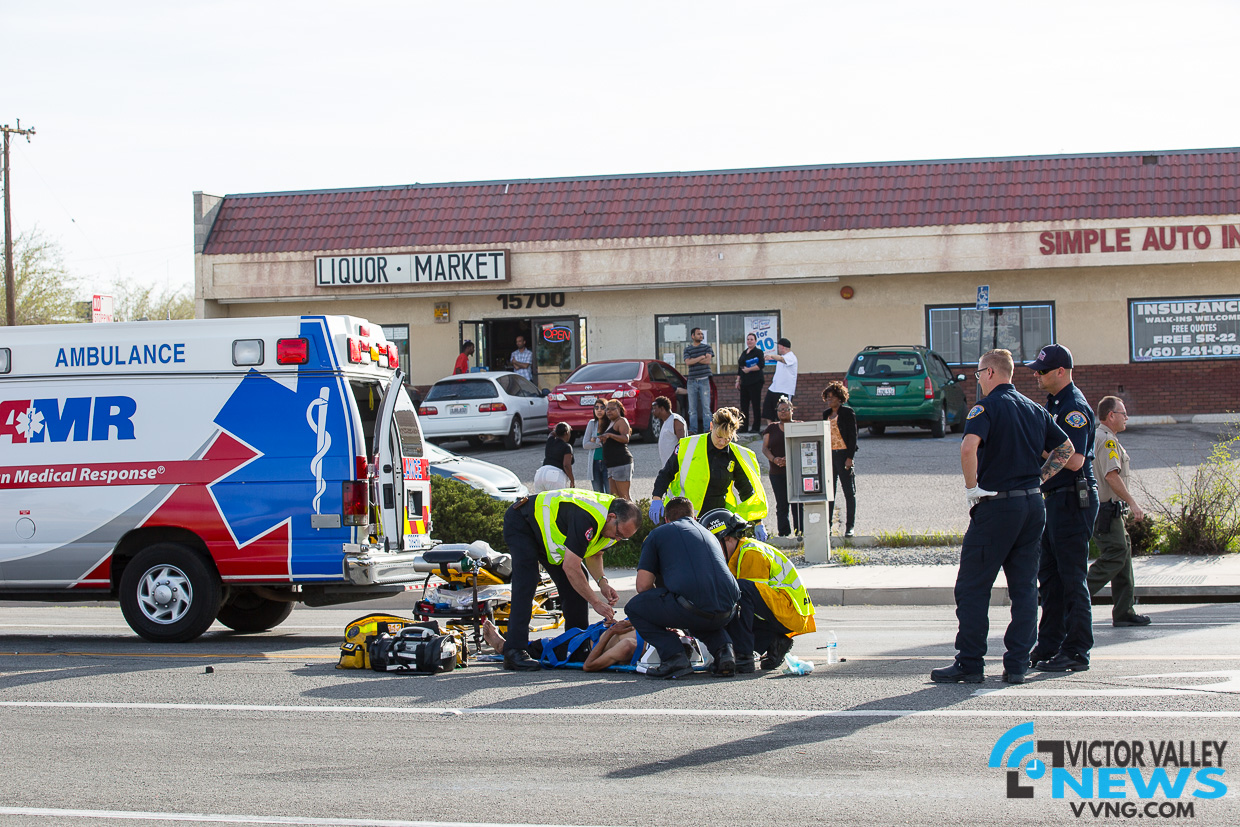 VICTORVILLE, Calif. (VVNG.com)– A pedestrian was taken to a local hospital after he was struck by a vehicle Friday afternoon.

At about 3:45 p.m. dispatch received reports of a vehicle versus a pedestrian at the intersection of Village Drive and Tawney Ridge Lane.

According to authorities, the man ran in front of a blue Prius that was traveling southbound on Village Drive.

Witnesses at the scene told Victor Valley News, the impact caused the man to fly into the air and shatter the windshield on the vehicle before falling to the ground.

Officials spoke with the driver of the Prius and determined it was an accident. Hugo C. Valdez, Victor Valley News

The man laid in the roadway while first responders treated him. He was placed on a stretcher and transported to a local hospital with non-life threatening injuries.

The driver of the Prius remained at the scene and cooperated with authorities. After he was interviewed, deputies determined the incident was an accident and he was allowed to leave.

A portion of Village Drive was closed for approximately 20 minutes while authorities investigated.