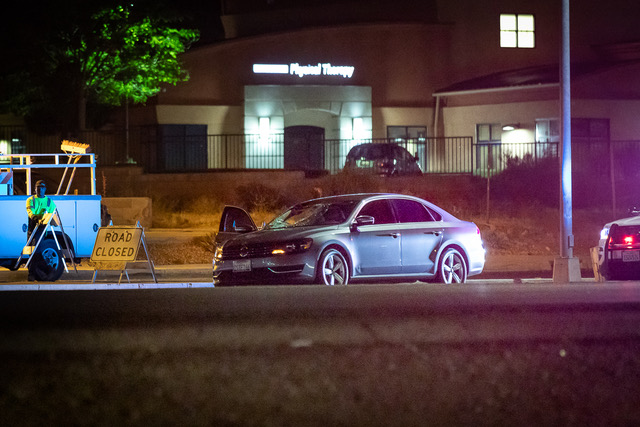 APPLE VALLEY, Calif. (VVNG.com) — A pedestrian is fighting for his life after he was struck by a vehicle while running across the roadway Saturday night.

Just after 10:00 pm, deputies from the Apple Valley Sheriff’s Station responded to outer Highway 18 and Tao Road following a vehicle versus a pedestrian.

In a VVNG post, witnesses said they saw a male down in the westbound lanes of the Highway with an officer performing CPR.

Sherri Graves Paxton said her children were in the car that struck the man.

“They were coming back from an event at the pool and a pedestrian ran in front of the car near the subway. There was nothing they could do, they barely had a glimpse of him before the car hit him,” stated Sherri.

The involved vehicle, a 2014 VW Passat and the driver remained at the scene and cooperated with authorities.

The man’s condition was not immediately available, however, Miller said there is no indication in the call history that the pedestrian succumbed to his injuries.

“My family is praying that the man is alright and we are all worried sick for him. May God bless him and his family. We will all keep him in our prayers and ask that you all do too,” stated Sherri.

Westbound traffic on Highway 18 was detoured at Tao Road for several hours while the Major Accident Investigation Team processed the scene.

The cause of the collision is under investigation by the Apple Valley Police Department.