CORRECTION 11/2 – In error, the Apple Valley Sheriff’s Station made a previous statement that the pedestrian had passed away as a result of injuries. Several hours later the station retracted the information and made a correction saying the pedestrian was hospitalized with major injuries. 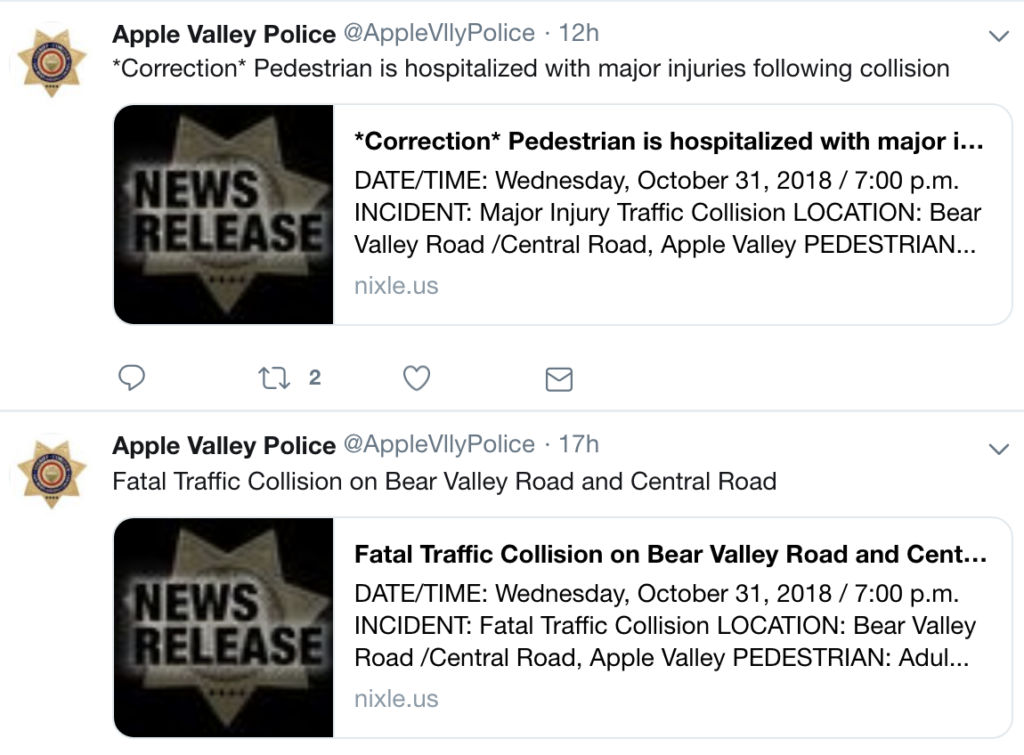 APPLE VALLEY, Calif. (VVNG.com) — A man that was struck by a vehicle Halloween night has died from his injuries, officials said.

At about 7:00 pm, a 1999 Chevy Suburban was traveling eastbound on Bear Valley Road approaching Central Road and was unable to stop before striking a pedestrian.

According to a sheriff’s news release, the pedestrian was crossing Bear Valley Road in the southbound lane, not in the crosswalk when he was struck by the SUV.

The pedestrian was flown by Mercy Air to Arrowhead Regional Medical Center where he succumbed to his injuries, officials said.

Authorities withheld the name of the deceased adult male until notification of next of kin.

“The preliminary investigation revealed that the driver of the Suburban was not impaired, and speed and alcohol do not appear to be a factor,” stated the news release.

Anyone with information related to this investigation is urged to contact the Apple Valley Station at (760)240-7400.