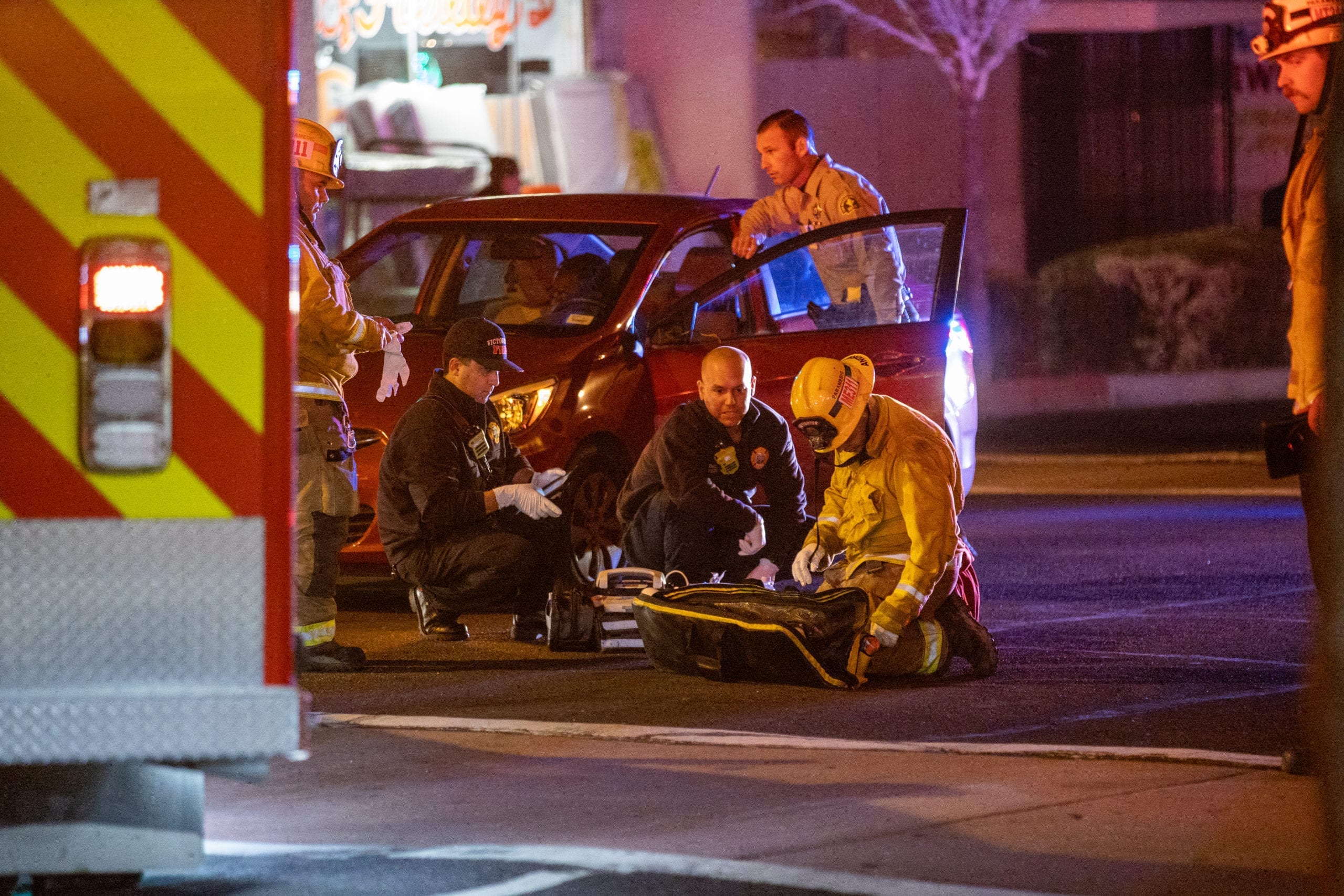 VICTORVILLE, Calif. (VVNG.com) — A pedestrian was hit by a vehicle near the same intersection where another man was struck less than a month ago.

The crash occurred at the intersection of 7th and B Streets in Old Town Victorville on Thursday, December 5th, 2019 at 6:45 p.m.

Deputies with the Victorville Police Department, Victorville Fire, and AMR responded to the scene and found the man lying in the roadway.

He was transported to a local hospital where he is expected to make a full recovery.

The involved vehicle, a red 2017 Hyundai Accent and the driver stopped in the southbound lanes of 7th Street and cooperated with authorities.

A previous crash reported by VVNG on November 17, 2019, also resulted in a man sustaining injuries after he was hit in the intersection of B and 7th Streets.

That person was taken to a hospital and is also expected to recover from his injuries.

The cause of the crash was not immediately provided in either of the incidents.