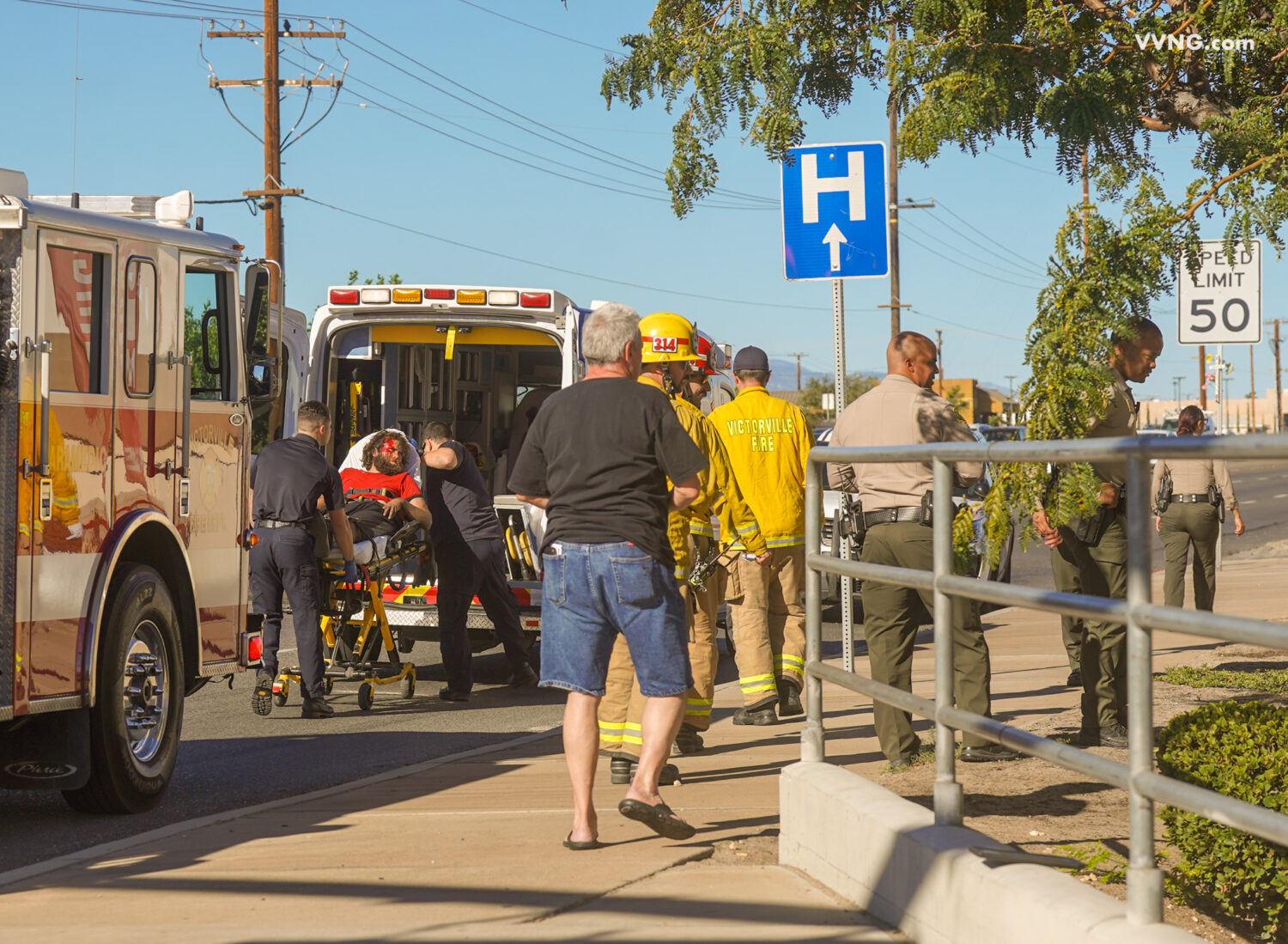 VICTORVILLE, Calif. (VVNG.com) — A pedestrian hit by a vehicle was airlifted to a trauma center Wednesday morning in Victorville.

It happened just before 9:00 am on September 21, 2022, at the intersection of Bear Valley and Hesperia Roads.

Sheriff’s spokeswoman Mara Rodriguez told VVNG that an adult male was crossing the roadway when he was struck by a vehicle that was unable to stop before striking him.

A VVNG Facebook group member named Lydia commented and said the pedestrian is a homeless man that lives on the side of Bank of America. “He was standing in the middle of the road and decided to cross. Unfortunately, the person who hit him probably never saw him until it was too late,” stated Linda. Linda said the pedestrian had a pretty good cut above his eye. “He wasn’t far from the crosswalk I don’t know why he didn’t use it.”

The spokeswoman told VVNG the pedestrian had non-life threatening injuries and initially refused medical aid. “He did eventually agree to be transported to the hospital for treatment,” stated Rodriguez.

However, due to the force of the impact and injuries sustained, firefighters requested a helicopter to land at Desert Valley and airlift the male to a trauma center.

The driver of the car stayed on scene and cooperated with the investigation.

Victor Valley High School drama alumni get back to their ‘Roots’