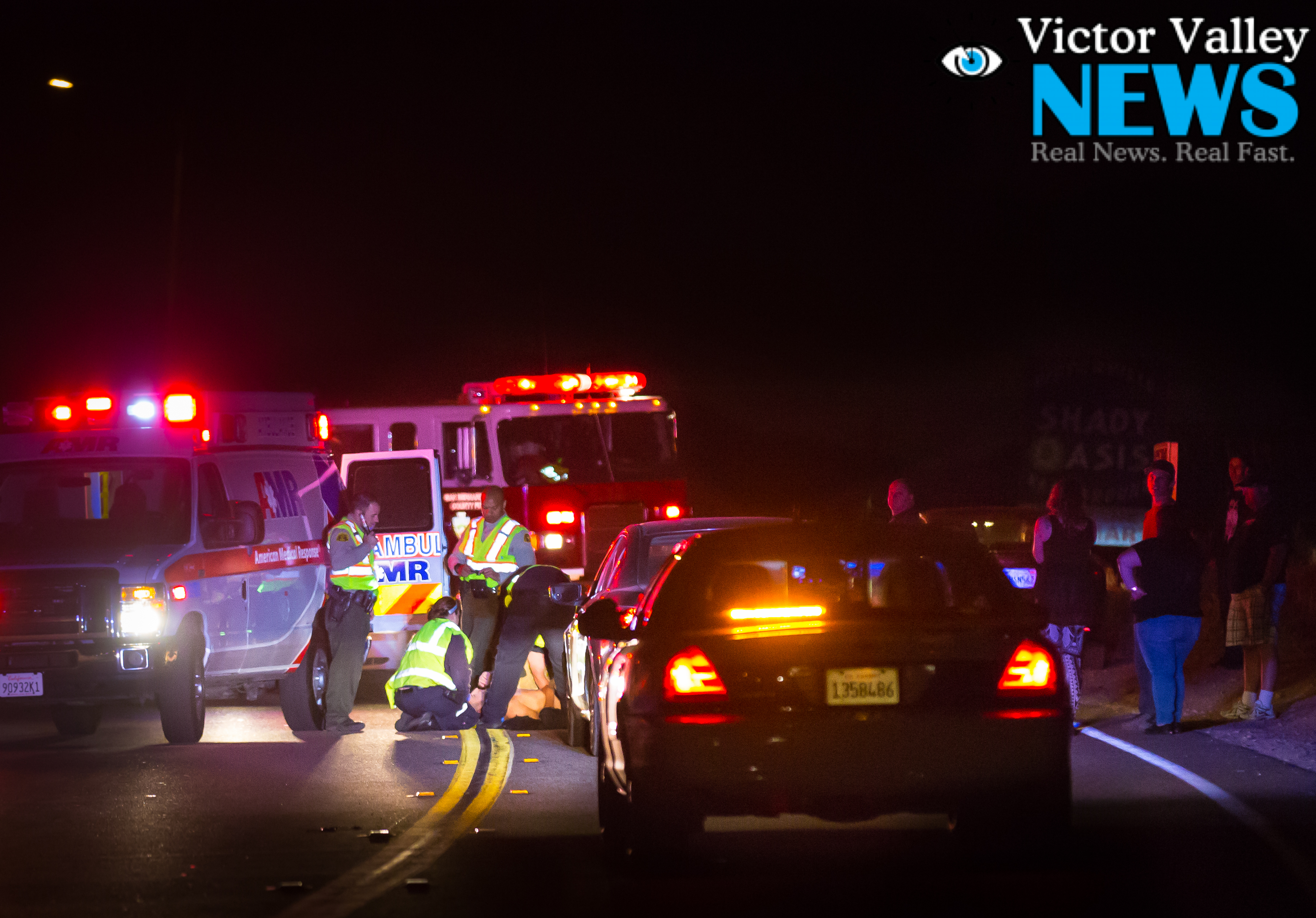 VICTORVILLE:(VVNG.com)- A pedestrian was hit by a vehicle and seriously injured near the entrance of the Shady Oasis Kampground on Stoddard Wells Road in Victorville. The incident happened at around 11:10 P.M., on Saturday, May 30, 2015.

Ethan Schofield, a Victorville resident,  was on Stoddard Wells Road heading towards the 15 freeway when he saw a cloud of dust;

I immediately pulled over and ran towards the accident, and the guy was laying on the ground unconscious. The Fire Department arrived within moments and he regained consciousness,” stated Ethan.

The pedestrian, described as a Hispanic Male Adult in his late 20’s, was taken by ground ambulance to a local hospital.

A portion of the roadway near the entrance of the Campground was temporarily closed, but reopened shortly after.

The driver of the vehicle remained at the scene and cooperated with authorities.

At this time the pedestrians condition is not known. San Bernardino County Sheriffs are investigating the accident.