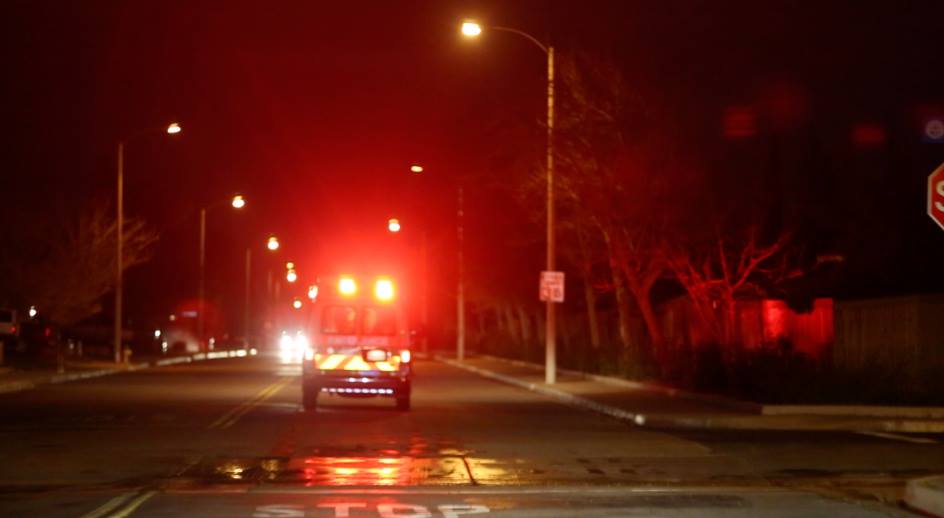 HESPERIA-(VVNG.com): A man was airlifted after being hit by a vehicle early Sunday morning on Mariposa and Ranchero Roads. Just before 2:35 a.m. deputies and San Bernardino Fire Department personnel arrived on scene to find the darkly–clothed male pedestrian lying on the roadway with an badly injured leg.

The driver remained at the scene and was cooperative during the investigation. San Bernardino County officials said that the pedestrian was walking southbound on Mariposa Road, when the vehicle, also heading southbound for reasons still under investigation, struck him. The man was transported by ground ambulance to Arrowhead Regional Center for treatment of non-life-threatening injuries.

At this time the exact cause of the collision, but speed does not appear to be a factor.