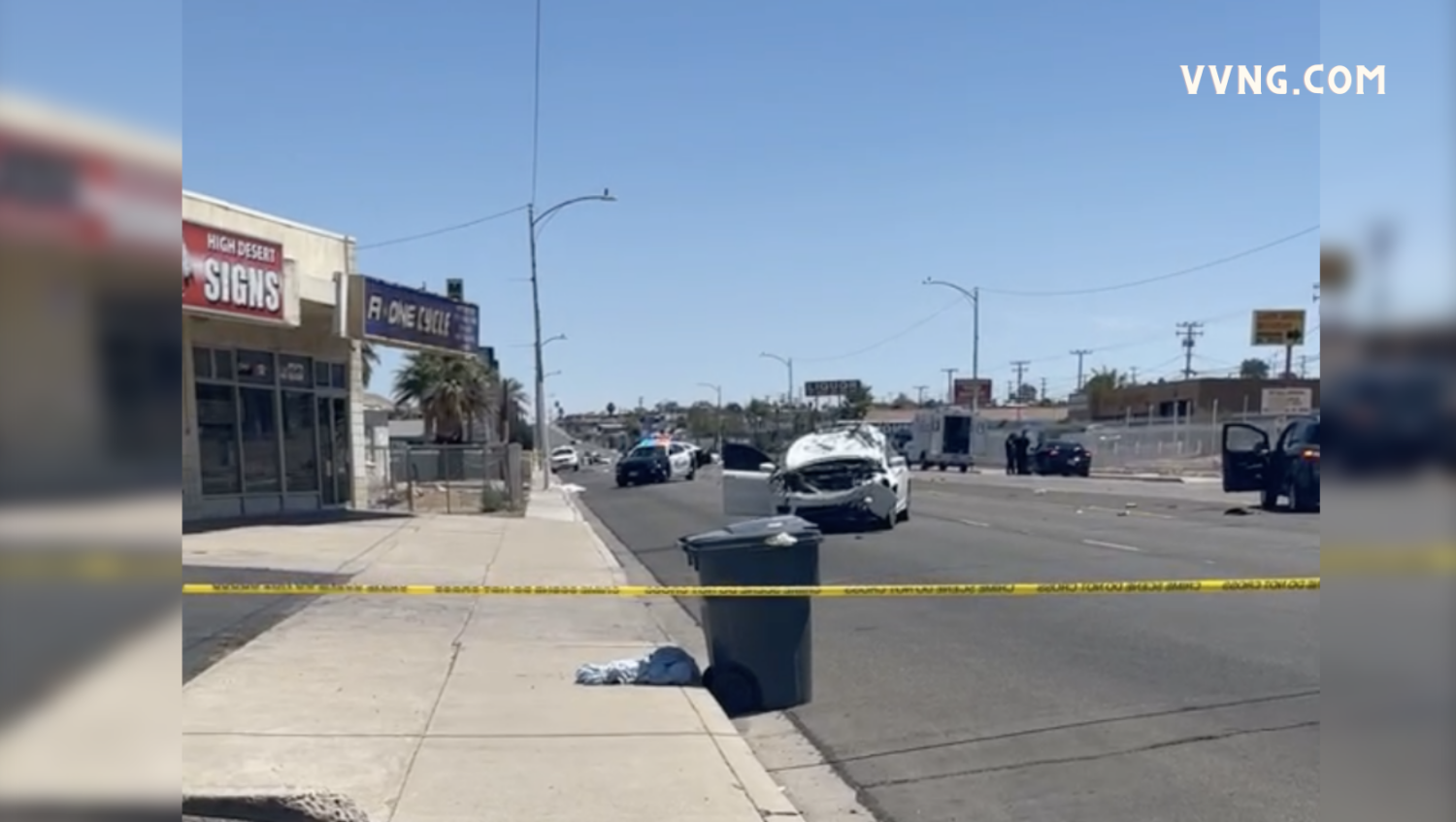 BARSTOW, Calif. (VVNG.com) — Authorities arrested two drivers after a 58-year-old pedestrian was struck and killed by a vehicle that was street racing Saturday morning in Barstow.

Officers from the Barstow Police Department responded to the scene and located the victim identified as Bedford Moering, deceased in the roadway..

According to a news release, a white Honda Accord and a gray Dodge Challenger were involved in a “speed contest” and the Honda struck the victim at a high rate of speed, as he was crossing the street. After the Honda Accord struck Moering, the vehicle also rear ended a blue Ford Escape.

Officials said the driver of the Honda identified as 24-year-old Dean Laney, a Barstow resident, remained at the scene and was transported to Arrowhead Regional Medical Center by Desert Ambulance for his injuries.

The driver of the Dodge Challenger fled the scene without exchanging pertinent information or notifying law enforcement. Detectives obtained video surveillance of the collision and spoke with additional witnesses.

Zapata was interviewed and subsequently booked for PC 192 (c) (1) – Vehicular Manslaughter and VC 20001 (a) – Hit and Run resulting in death at the San Bernardino County Sheriff’s High Desert Detention Center.

Anyone with information regarding this investigation may contact Detective Austyn Willis at (760) 255-5186 or at awillis@barstowca.org.

Pedestrian struck and killed in front of VVC in Victorville