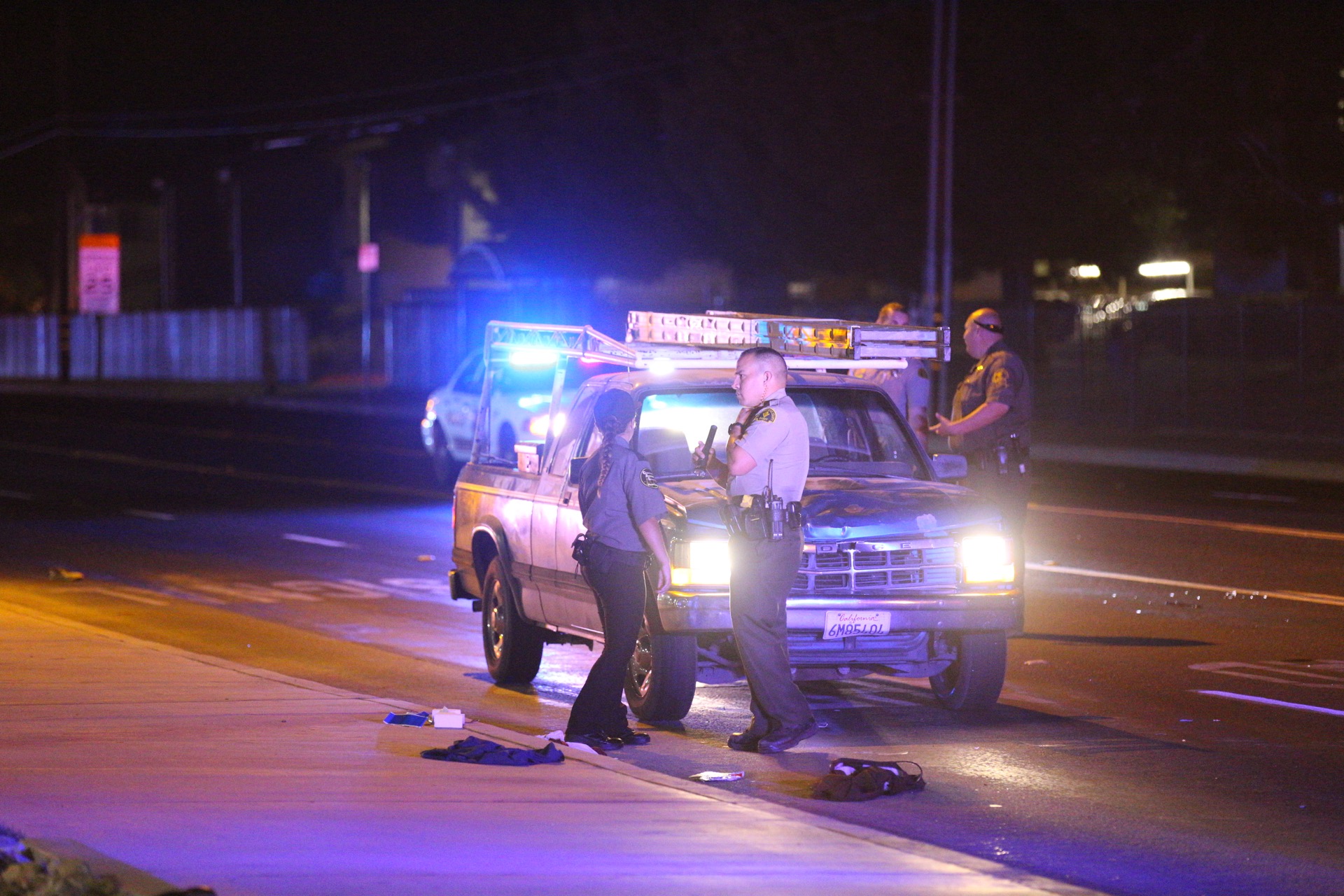 VICTORVILLE, CA: (VVNG.com) Authorities are investigating after a pedestrian was struck and killed by a vehicle on Friday night.

According to officers at the scene, the male is believed to be about 50-60 years of age and was attempting to beat traffic as he ran across Hook Blvd.

The man was  struck by a small pickup truck traveling eastbound on Hook Blvd. in the no. 2 lane. The male driver of the pickup truck immediately stopped and remained at the scene.

Per scanner traffic, when first responders arrived the male was unconscious in the roadway and CPR was in progress.

The male was transported by ground ambulance to Victor Valley Global Medical Center with a very faint pulse, according to authorities. The man later succumbed to his injuries.

A hard road closure has been issued on Hook Blvd. between Roy Rogers and Arlette Drive. The roadway will remain closed for several hours while the Major Accident Investigation Team conducts an investigation.