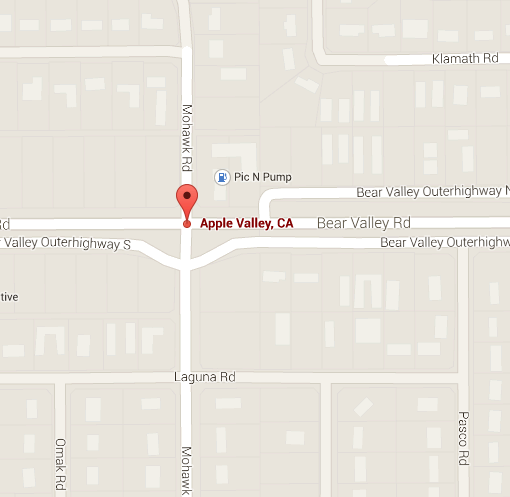 APPLE VALLEY-(vvng.com): On Sunday, December 14th at approximately 7:55 pm a 22 year-old female Apple Valley resident was walking on the outer roadway of Bear Valley Road and Mohawk next to her brother, who was on his bike. The female, who was heading westbound was struck by a driver who was also heading westbound on south outer Bear Valley Road in his 2004 Silver GMC truck. The male on the bicycle was not injured.

The female victim, Jillian Dean. sustained life-threatening injuries and  was airlifted to Arrowhead Regional Hospital where she died of her injuries at 10:04 pm. The brother of the victim later left the scene on his bike according to the Apple Valley Sheriff’s Public Information Officer, Trish Hill. The driver, 29-year-old Apple Valley resident, Bryan Angell was arrested for driving under the influence.

The collision is currently under investigation by the Major Accident Investigation Team (MAIT). Anyone with information is encouraged to contact Deputy William Gibbons at 760-240-7400.