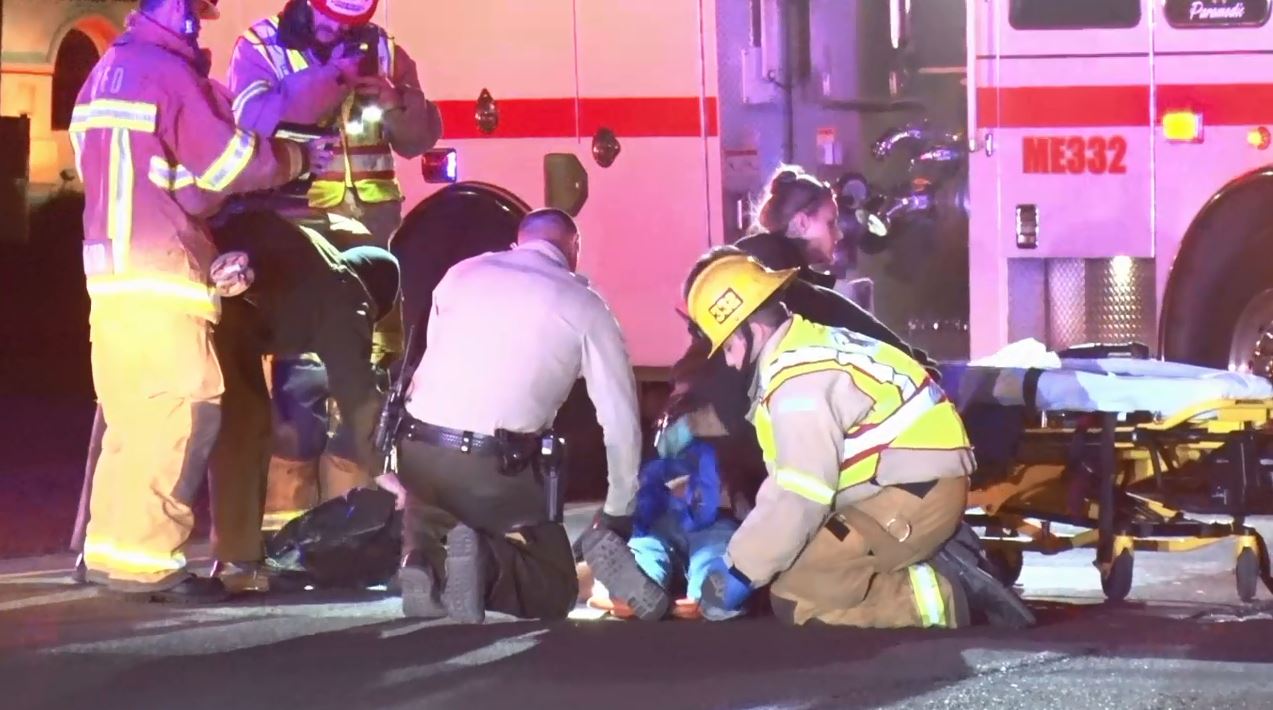 APPLE VALLEY, Calif. (VVNG.com) – A man was struck by two vehicles Monday night in Apple Valley as he attempted to cross a busy section of highway.

The incident occurred just before 9:00 PM in the 18500 block of Highway 18 near Mondamon Road.

Apple Valley Fire responded and transported the pedestrian to St Mary’s Medical Center where he was transferred to a Mercy Air Ambulance and taken to a trauma center. The patients condition remains unknown as of Tuesday afternoon.

The area where the accident occurred is a dark stretch of highway and has a speed limit of 60 mph.

According to sheriff’s spokeswoman Trish Trumpler, “the male was walking across Hwy 18 in the southbound lane when he was struck by a vehicle. After being struck by the first vehicle he was struck again by a second vehicle.”

The drivers of the vehicles stopped at the scene and cooperated with authorities. None of the drivers were cited.

Murder investigation after man shot outside Harbor Freight in Victorville

VICTORVILLE, Calif. (VVNG.com) — A man allegedly enrolling people for government phones was shot and killed outside the Harbor Freight...

VICTORVILLE, Calif. (VVNG.com) — A man was found dead inside an SUV parked in the Wells Fargo parking lot in...

VICTORVILLE, Calif. (VVNG.com) — Authorities are conducting a homicide investigation after a 56-year-old man was found dead inside a Victorville...

Suspect arrested for murder in shooting that killed Hesperia man

FONTANA, Calif. (VVNG.com) — A murder suspect wanted for killing a 46-year-old Hesperia man was taken into custody and is...