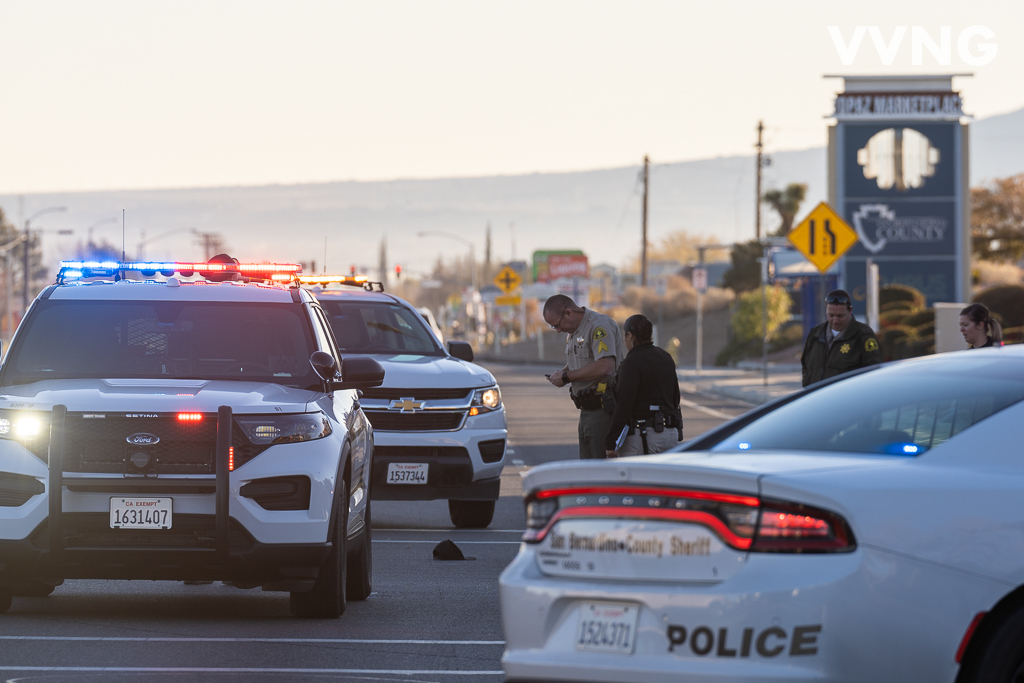 (A man was critically injured and airlifted to a trauma center. - Gabriel D. Espinoza VVNG)

HESPERIA, Calif. (VVNG.com) – A man was airlifted to a trauma center after he was hit by a car near the Topaz Market Place in Hesperia Friday morning.

It happened at 7:15 am at the intersection of Main Street and Topaz Avenue on December 9, 2022. San Bernardino County Fire and Hesperia Police responded to the scene and located a male lying in the street with major injuries.

The pedestrian was transported by ground ambulance to the Hesperia Airport and was further airlifted to an out-of-area trauma center. His condition is unknown at this time.

The female driver involved in the crash remained at the scene and cooperated with officials. The driver said she had a green light and was driving east on Main Street when the incident occurred.

18-year-old arrested for willfully discharging a gun in Adelanto