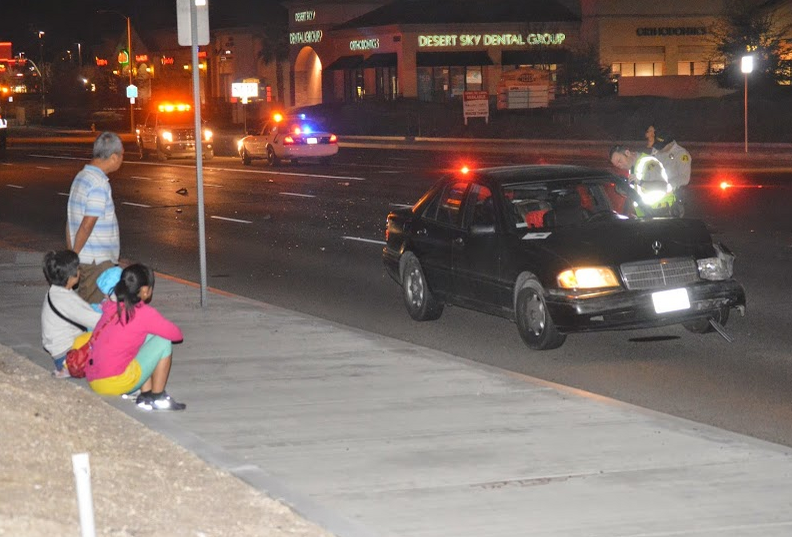 VICTORVILLE:(VVNG.com)- A male pedestrian who was struck by a vehicle was airlifted to a trauma hospital at approximately 9:15 P.M., on Saturday, March 21, 2015.

According to witness Kamaran Wain, a young man in the area was attempting to steal an electric shopping cart from the Home Depot. When employees attempted to confront him he ditched the cart and started to run across lanes of traffic along the 16500 block of Roy Rogers Drive in Victorville.

A black four door older model Mercedes-Benz was traveling westbound on Roy Rogers Drive when he struck the pedestrian in the middle of the roadway. The driver immediately stopped at the scene and cooperated with authorities. The vehicle had extensive damage to the left front of the vehicle.

The pedestrian was not in a marked cross walk when he was struck by the vehicle.

First responders arrived and loaded the pedestrian into an ambulance. He was later airlifted to Arrowhead Regional Medical Center. The unidentified male is reported to have suffered a broken leg and head injury but is alert and stable.

The roadway was closed for a short time while deputies conducted an investigation.