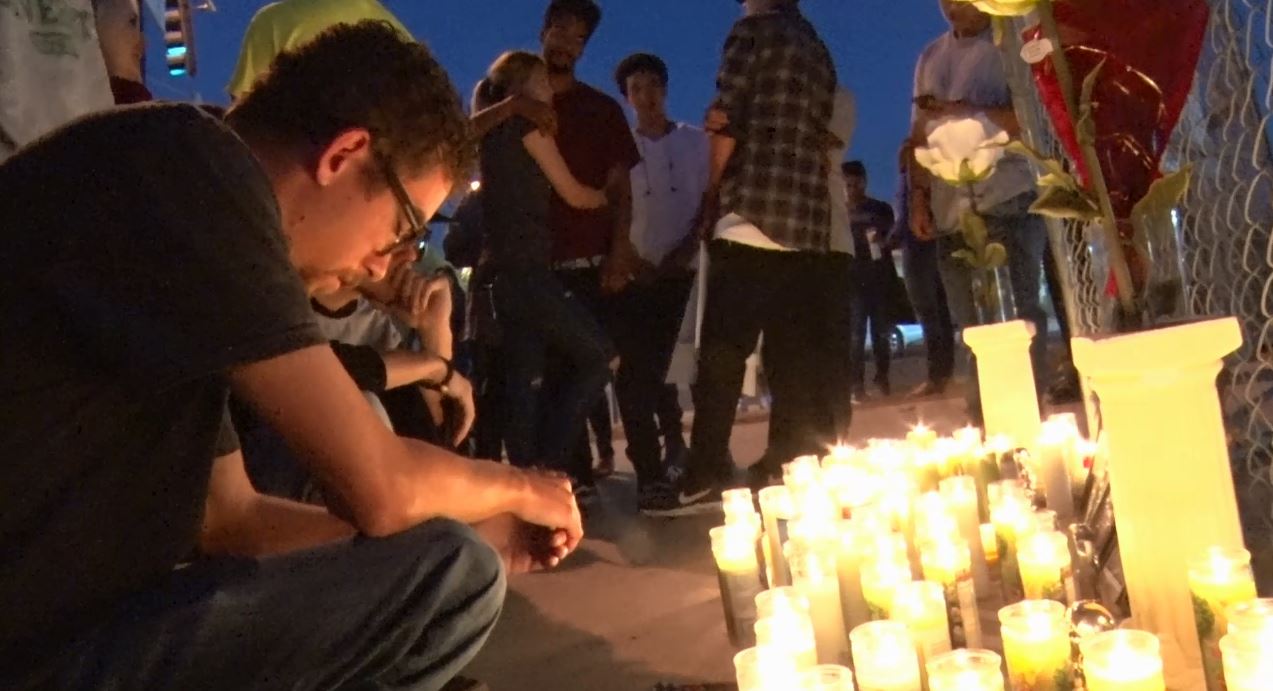 HESPERIA, Calif. (VVNG.com) – Dozens gathered near a corner of Main Street and E Avenue Wednesday, the site where an 18-year-old had been struck and killed by a marked Sheriff’s patrol unit in a freak accident.

“You should still be here!” wrote Heather McGuffie in disbelief about her friend’s death. “You were such a good friend to many and just a good person in general!”

The family described Patrick Chambers as a loving man who knew how to cheer up anyone having a bad day.

At around 12:30 a.m. on October 25, 2017, investigators say Chambers contacted officials to notify them that his truck was stolen from the Hidden Tavern located on Main Street where he worked.

Chambers got into the passenger seat of his friends Camaro and began following the stolen vehicle that was traveling eastbound on Main Street. 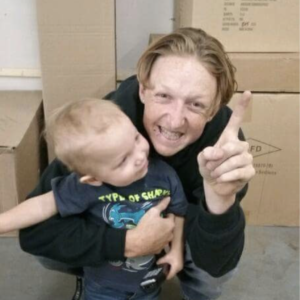 As the truck was approaching E Avenue to turn, the suspect lost control and foot-bailed. Chambers’ friend began chasing after the suspect and as Chambers stood near the outside of the door of the Camaro he was struck by an arriving officer’s patrol car and died at the scene.

“Through investigation, it was determined that the stolen vehicle had a mechanical malfunction causing the vehicle to deposit engine oil on the roadway for approximately 1000 feet, and as the deputy attempted to stop near the Camaro, the patrol car slid and was unable to stop, hitting the passenger side of the Camaro and striking Patrick Chambers,” described a sheriff’s news release.

Patrick Chambers, known as Patchy to some friends and family, just graduated high school, recently enrolled in college and was a chef at the Hidden Tavern with a promising future, said those who knew him.

“He was a best friend to anyone that knew him and a great guy just getting started in life, huge family and very close, they always had eachothers back, strong, tough family, it doesn’t seem right he was too tough of a guy to be gone like this,” Brinny Chambers wrote on the GoFundMe page. “I can’t even imagine the cop and how he must feel, he is also in my prayers.”

The suspect, Jordan Pence, was arrested for Assault with a Deadly Weapon and Possession of Stolen Property and had his bail set at $100,000.

Pence is the same suspect Victor Valley News wrote about last month when he was allegedly involved in a rollover crash with three other men while driving around Victorville in a stolen Jeep.

Pence was arrested last month for those charges and accepted a plea bargain for 3 years probation and was required to serve in jail for a term of 120 days that was to begin on December 1, court records show.

Pence has numerous other arrest warrants for narcotics violations, traffic-related incidents and a felony warrant for Possession of Stolen Property with $50,000 bail.

The family of the victim has set up a Gofundme to raise money to help with any financial costs to lay Chambers to rest. Donations can be made directly via the account: Put our baby boy Patrick to rest. 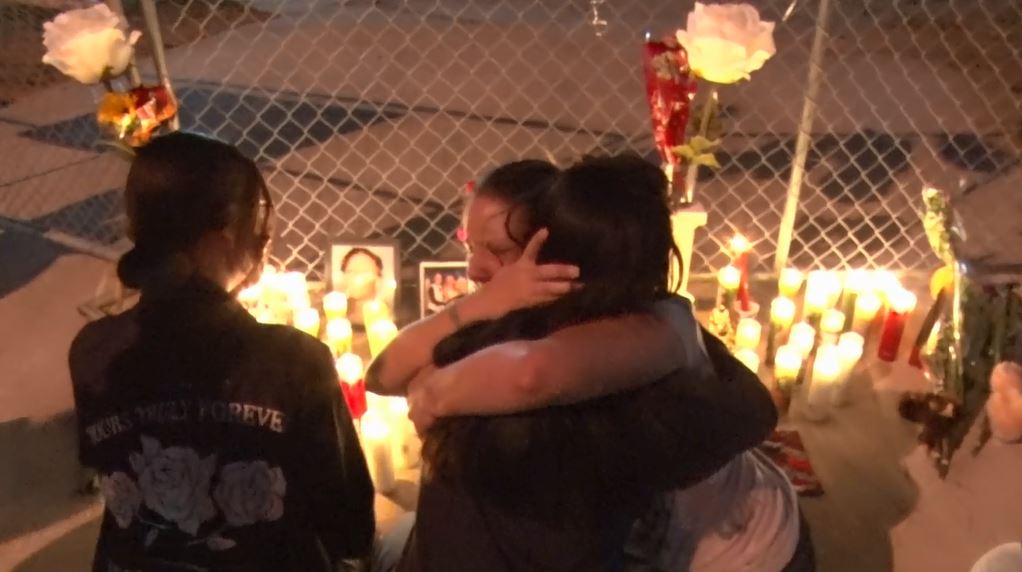