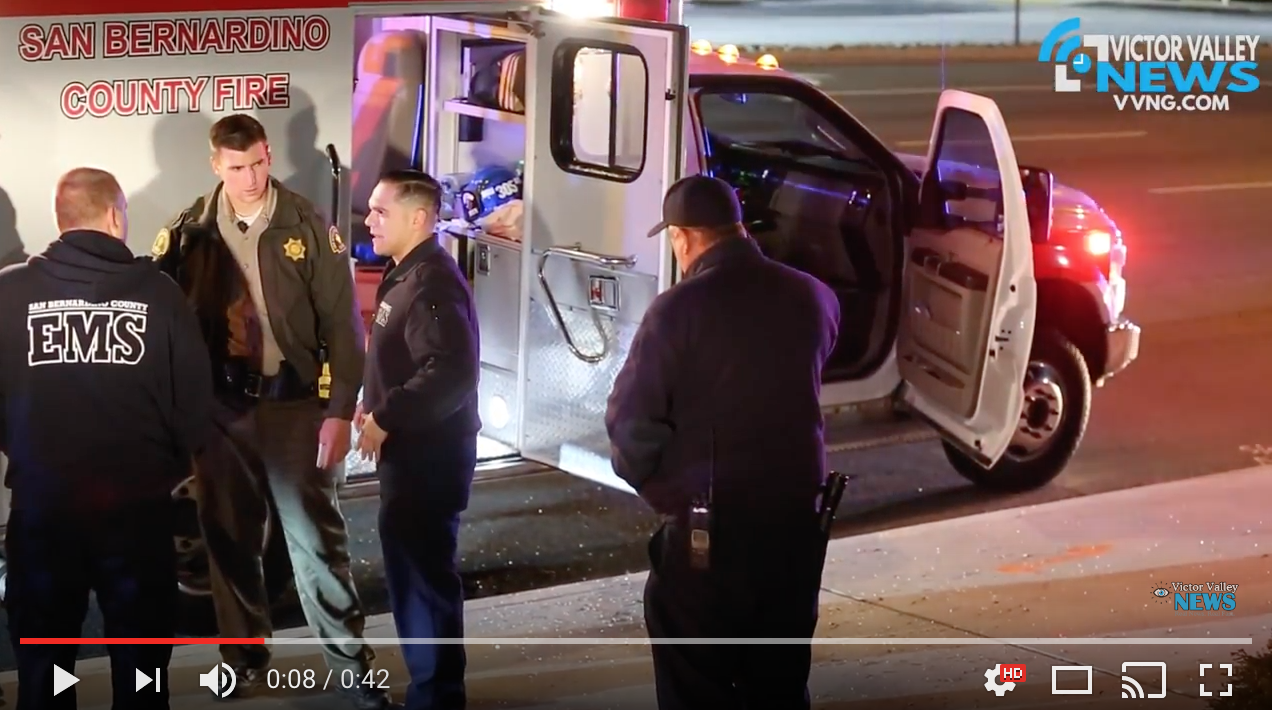 VICTORVILLE, Calif. (VVNG.com) A patient was pepper sprayed after he became combative with emergency medical technicians during transport to the hospital.

The intoxicated man was picked up by the San Bernardino County Fire Medic Ambulance #305, which was forced to pull over when the EMTs feared for their safety.

“He started acting violent and combative with the EMTs in the back, they grew concerned about their safety and called us,” Victorville Sheriff’s Station Sgt. Mark Smith told Victor Valley News.

The ambulance stopped on Bear Valley Road near Amargosa Road around 9:44 p.m. after the man’s temper worsened.

“They were able to get themselves out and lock the doors and lock him inside until we got here. He was throwing stuff around inside, then took a pair of scissors and that’s when he broke the windows out,” Sgt. Smith stated.

Once Deputies arrived on scene they made several efforts to calm the man down. However, he did not comply and continued to destroy the ambulance.

Authorities were forced to use pepper spray which prompted the man to comply quickly.

The EMTs sustained minor injuries during the assault, and the ambulance was placed out of service until repairs are made.

The man was transported to a hospital to be checked out but is expected to be booked on vandalism and assault charges after his hospital visit.

Driver Airlifted After Being Extricated From Vehicle