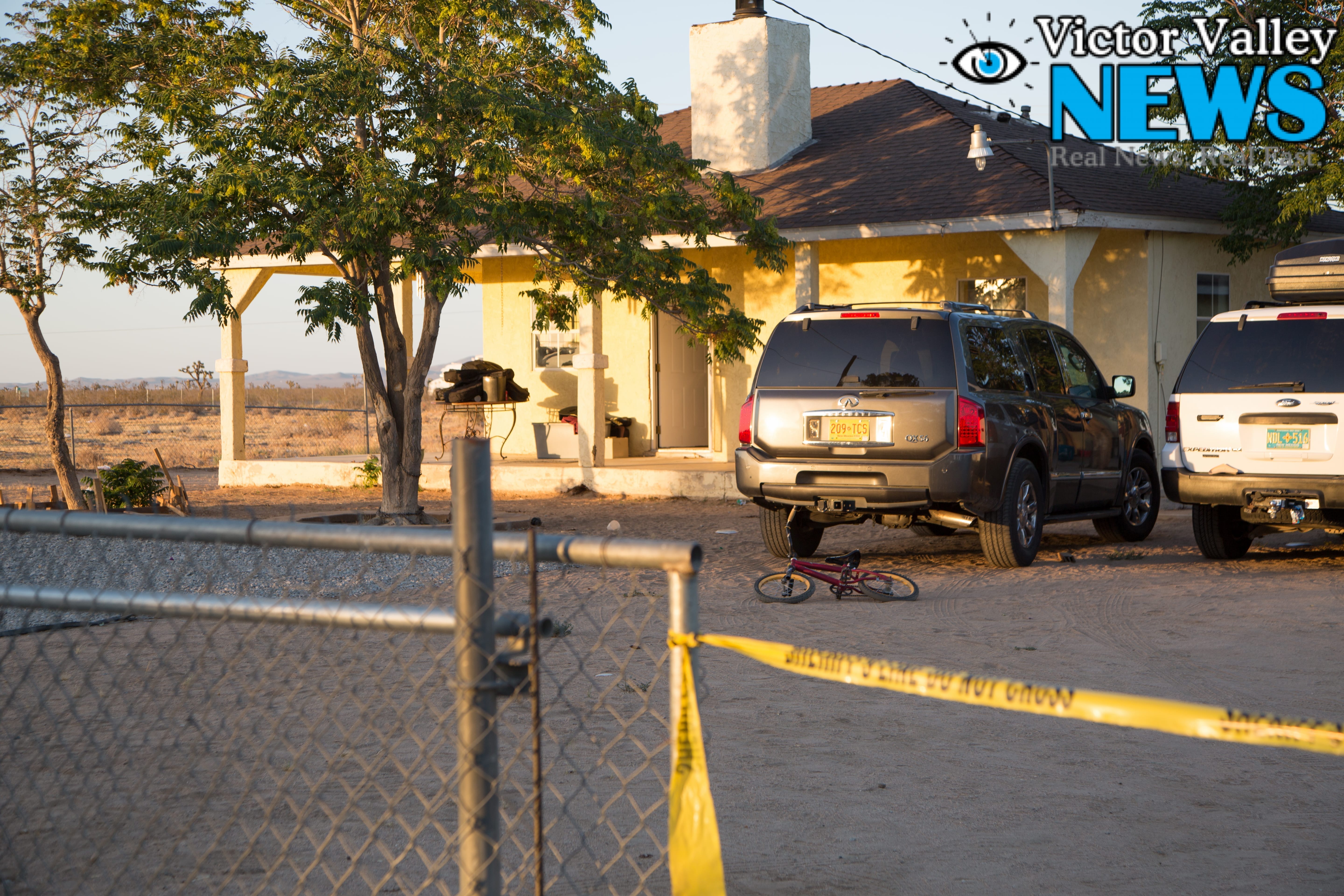 ADELANTO:(VVNG.com)- Authorities held a late night press conference to identify the young male victim who sustained a gun shot wound while inside a family residence in Adelanto.

The 7-year-old boy was identified as Daniel Cervantes, whose family had just recently moved to the area from New Mexico, and was one of seven children.

At approximately 4:54 P.M., dispatch received a call from a family member stating there was an accidental shooting at a residence on the 18700 block of Bellflower Street.

Per the San Bernardino County Sheriff’s public information officer, Olivia Bozek, at 4:57 P.M., an ambulance and a deputy arrived at the house and started life saving measures, which was already being attempted by family.

Cervantes was transported to Victor Valley Global Medical Center by ground ambulance where he pronounced deceased at 5:59 P.M., despite measures to sustain his life.

“The family voluntarily left the scene and are cooperating with investigators,” stated Bozek.

During a press conference, reporters asked Bozek whether it was the boy, or somebody else who had the gun, which she replied, “It’s too early to tell right now [detectives] are going through the investigation.”

Authorities were unable to comment on the type of gun used or who the weapon was registered to.

Investigators worked into the night and the early morning hours, and determined Daniel had accidentally been shot by his father, Julio Cervantes Sr, 40 of Adelanto.

On Friday morning at 3:30A.M, Cervantes Sr, who is the pastor of Iglesia Evangelica Cristiana Espiritual in Adelanto, was arrested for involuntary manslaughter and booked at the High Desert Detention Center.

The home sits on the same property as the church. The congregation was preparing to begin their 7 0’clock service when they noticed the home being closed off by crime scene tape.

Church members stated the family had just arrived from New Mexico the previous night, and was preparing to unpack and move in to their new residence.

The church members had no idea that a tragic event had taken place at the pastor’s home, but grew concerned as crime scene investigators and major media outlets began arriving on scene.

The investigation is ongoing and anyone with information is urged to contact Detective Scott Stafford or Sergeant Robert Warrick at (909)387-3589. Callers wishing to remain anonymous are urged to call the We-Tip hotline at 1-800-78-CRIME (27463) or you may leave information on the WE-Tip website at www.wetip.com.

7-Year-Old Dies After Accidentally Shooting Himself