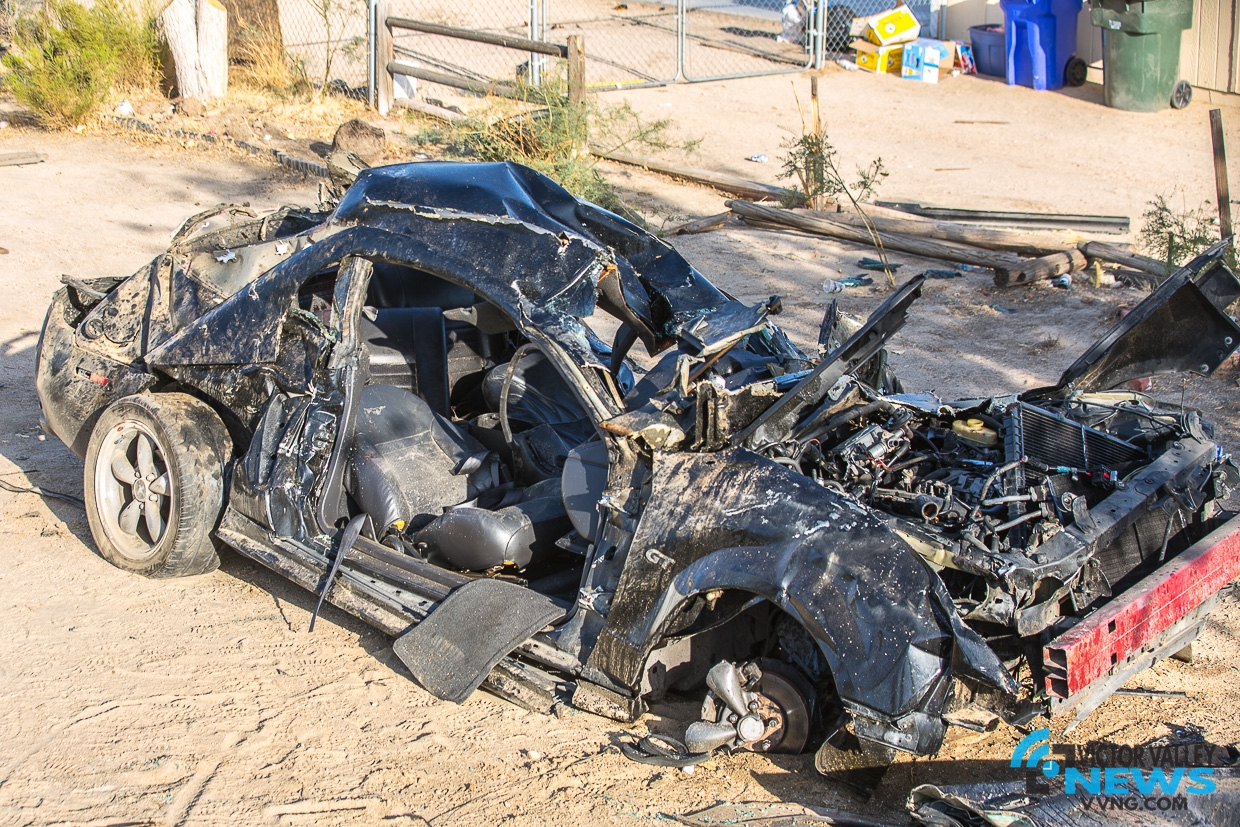 VICTORVILLE, Calif. (VVNG.com) — Victorville Police are investigating a suspected DUI crash where the driver attempted to flee, leaving behind his critically injured passenger.

“A County Fire Battalion Chief arrived 6 minutes after dispatch and reported two vehicles with major damage and one occupant trapped in one of the vehicles,” Captain Allen stated.

It took firefighters about 10 minutes to free the trapped male passenger, who was unconscious. He sustained life-threatening injuries and was transported by AMR to Victor Valley Global Medical Center, then further airlifted to a trauma center.

Victorville Sheriff’s Station Deputy Monique Carabajal told Victor Valley News that the driver had left the scene on foot and was brought back to the scene for medical attention.

“We suspect alcohol was involved in this crash,” Deputy Carbajal said. “It appears the driver of the Mustang was traveling northbound on Tawney Ridge in the #1 lane, he lost control, jumped a curb and crashed into a parked car that was in the yard of a home.”

At least two beer cans and a small bottle of liquor were located at the crash site.

“I just purchased my car in January and parked it in the front of my sister’s house. I’m glad my SUV was parked there because if not, the guy might have crashed into my sister’s house,” stated the owner of the white Chevy Equinox.

The driver of the Ford Mustang was also transported with by ground ambulance to Arrowhead Regional Medical Center with serious non-life threatening injuries.

A northbound lane of Village Drive was temporarily closed while deputies investigated. 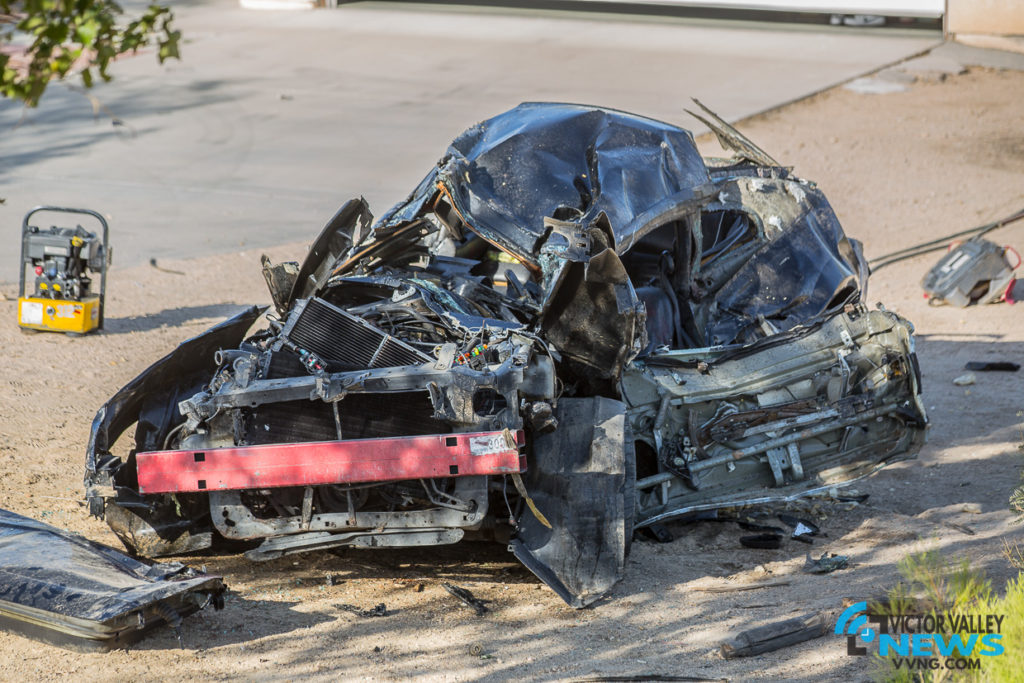