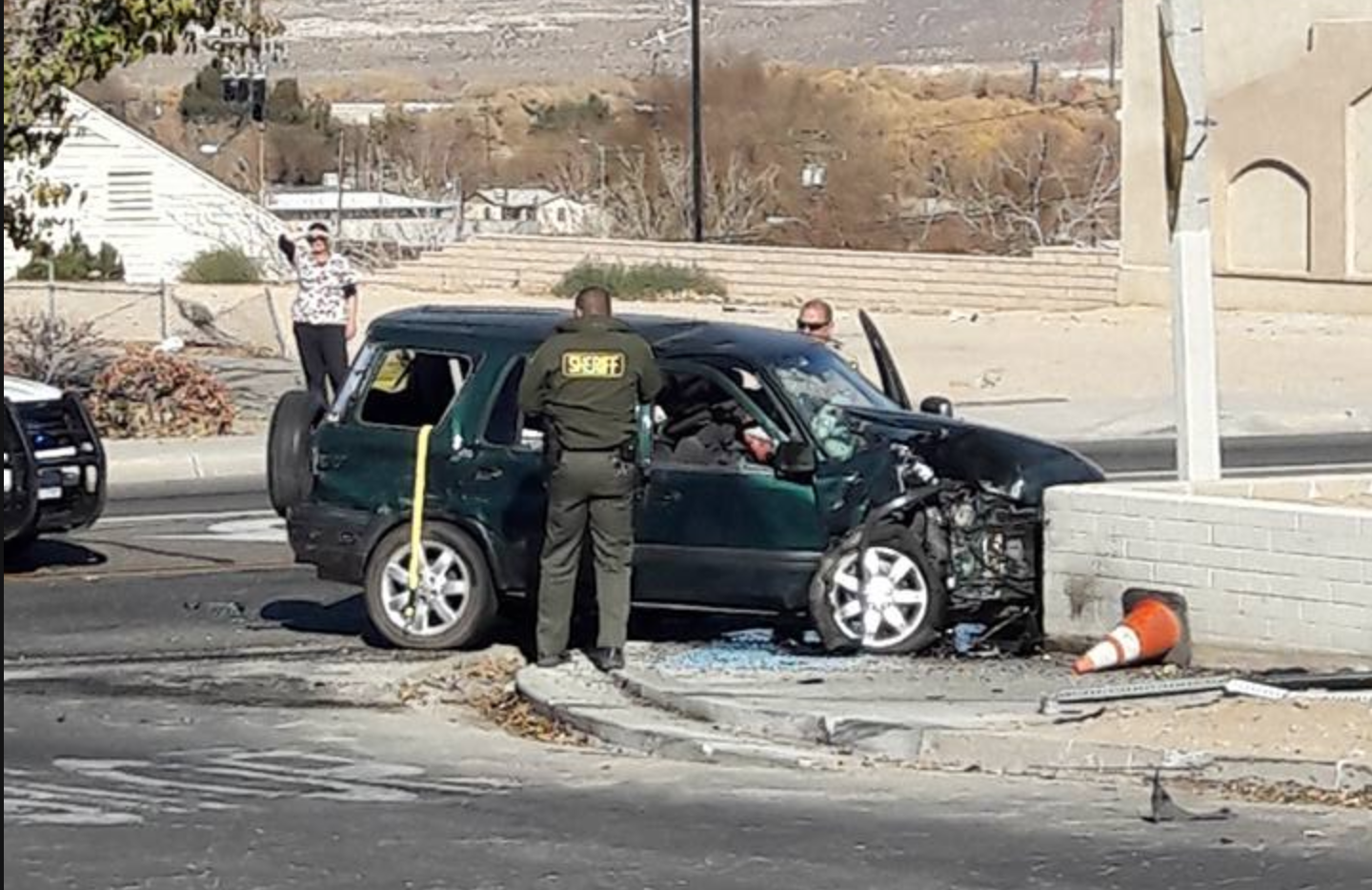 VICTORVILLE, Calif. (VVNG.com) – Anthony Tapia, 27, of Hesperia was arrested after leading deputies on a pursuit in a stolen vehicle and crashing into another vehicle and injuring three people, officials said.

On December 18, 2017, Deputy V. Ruiz from the Victorville Police Department attempted a traffic stop on a Honda CRV, matching the description of one reported stolen earlier the same morning.

The driver of the Honda, later identified as Anthony Tapia, failed to yield to Deputy Ruiz, who was driving a marked patrol vehicle with lights and sirens activated. Tapia ran multiple stop signs and drove the wrong way on a one way street before colliding with a minivan at Hesperia Road and C Street.

The male driver of the minivan and his juvenile daughter sustained minor to moderate injuries and were transported to a local hospital, where they were treated and released. The male adult passenger of the Honda had to be extricated from the vehicle and was flown to a nearby hospital for treatment. He remains hospitalized in critical condition.

Tapia was treated at a local hospital for minor injuries. He was subsequently booked at High Desert Detention Center for possession of a stolen vehicle and evading a Peace Officer, causing serious bodily injury. Tapia was on active parole for evading a Peace Officer from an August 14, 2017 incident, which occurred in the City of Adelanto.

The Honda was confirmed to be the vehicle reported stolen from a Victorville home that morning. Deputies with the Victorville Police Department’s, Major Accident Investigation Team (MAIT) are investigating the collision.

Anyone with information about this investigation is asked to contact the Victorville Police Department at (760) 241-2911. Callers wishing to remain anonymous are urged to call the We-Tip Hotline at 1-800-78CRIME (27463) or you may leav e information on the We-Tip website at www.wetip.com.